The launch of a cellular enabled 3G Nexus 7 appears to be imminent as the device has passed through the FCC on its way to a likely launch at the October 29th Android event in New York City.

Rumors have been swirling about a 3G Nexus 7 and the device already seemed to pass through the Taiwanese version of the FCC called the the NCC with a model number ME370TG, which, is very similar to the original Nexus 7 tablet model number of ME370T. That same model number has now been discovered by French site Galaxus, courtesy of Android Police, passing through the FCC.

We’re still unsure what carriers the device will be run on or if the device will offer 4G LTE speeds like the iPad Mini, but at this point, it appears that it may wind up just being 3G-enabled only. 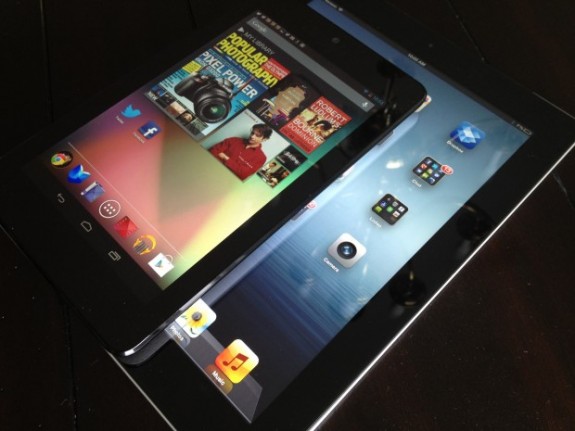 The 3G Nexus 7 appears to be on its way.

The device has a certification date that just so happens to fall on the same October 29th date that Google has set for a major Android event that will likely be the launching pad for new Nexus 7 devices, Nexus 10 and the LG Nexus 4 smartphone.

In addition to the 3G Nexus 7, Google is also rumored to be launching a 32GB Nexus 7 that has already appeared in some retail stores. It’s also expected to reveal a new Nexus 10 tablet that will will likely come from Samsung with a 10-inch display.

Along with those, Google is also expected to reveal a brand new Nexus smartphone, the quad-core LG Nexus 4.

Google is also likely going to announce Android 4.2, which may or may not be Key Lime Pie, at the event and it’s an operating system that will at the very least be featured on the LG Nexus 4 when it starts shipping out, possible on October 30th.

October 29th is shaping up to be a massive Google event and at this point, it’s looking like four separate pieces of hardware and one piece of software could make their debuts at the event.