The iOS 9.2 beta was released in late October confirming an iOS 9.2 update for iPhone, iPad and iPod touch. In the weeks that followed, Apple released three more beta updates, each with their own set of changes and problems.

In December, Apple decided that the iOS 9.2 update was ready for primetime and released it for iPhone, iPad and iPad touch models around the world. If you own a device that’s compatible with iOS 9, you can download and install iOS 9.2.

Note: If you are looking for reasons to and not to install the newer iOS 9.2.1 update for iPhone, iPad and iPod touch, please head here. 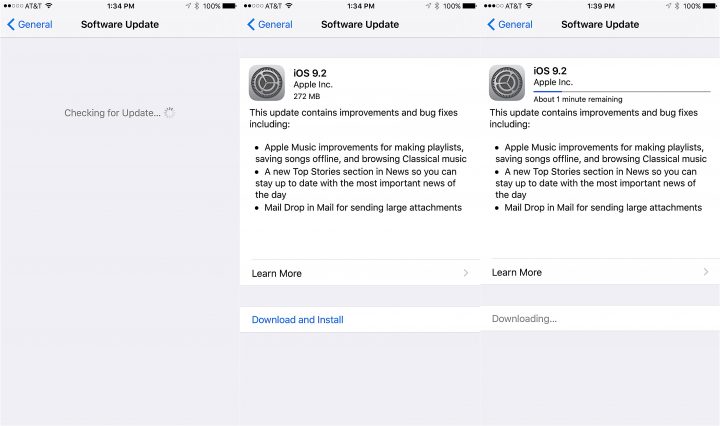 iOS 9.2 is Apple’s fourth iOS 9 update and the second milestone upgrade for the new operating system. Like Apple’s iOS 9.1 update, iOS 9.2 brings a collection of new features and bug fixes for iOS 9 problems.

There’s a lot to like about iOS 9.2. Apple’s loaded up with changes and it’s going to be a tempting install for many iPhone, iPad and iPod touch users.

Remember, Apple doesn’t force you to install its software updates so you have all the time in the world to reach a conclusion. And with iOS 9.2.1 and iOS 9.3 updates on the way, you shouldn’t feel any pressure to make a move.