A girl in Britain becomes the youngest patient to be treated for iPad addiction at the age of four. Psychiatrists say that the child displays compulsive behavior after having been exposed to the tablet and technology at an early age, and shows symptoms of withdrawals if her iPad is taken away from her.

Australian’s News.com reports that the child has been using the iPad since the age of three and may show throw a tantrum if her tablet is taken away from her.

She is now being treated in a digital detox program at a local clinic. 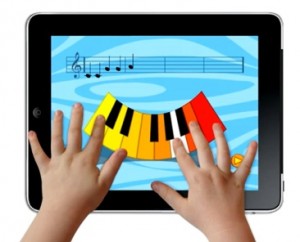 Her psychiatrist Dr Richard Graham, from Capio Nightingale Clinic in London, said there must be many more addicts of the same age. He commended her parents for seeking help quickly, saying that by age 11, the problem might have become so severe that she would have required in-patient care.

The treatment itself costs £16,000 per month, so it isn’t inexpensive.

The question then is if the parents may have over-reacted in this case. I’ve seen plenty of instances when children throw tantrums if they do not have their way, whether it’s to get more time with technology–like video games in the past–or more play time, or to try to avoid an unpleasant fate like eating one’s vegetables.

However, even in spite of concerns for over-reaction, the treatment does raise a good issue of technology addiction. It’s definitely a controversial topic and even the international psychiatric diagnostic handbook, the DSM, will consider Internet addiction as a case “recommended for further study.” With how easy an iPad is to use, I do think marketers are trying to exploit the youth market. Apple has said in the past that children naturally pick up an iPad with its natural to use UI. But, that doesn’t mean that extensive use of an iPad by today’s youth is a bad thing.

The reporting doesn’t dive deeply into what the child was using her iPad for. Many classrooms in the U.S. are equipping their students with tablets and slates are becoming important tools that students adopt and utilize throughout the school day. I think there’s a difference between spending 6 hours playing games on a tablet and using it as a tool for educational videos, interactive e-books, and other content.