Along with the Samsung Galaxy S4, the HTC M7 aka the HTC One is one of the most heavily rumored and anticipated phones of the first half of 2013. Over the past few weeks, we’ve seen a number of HTC M7 rumors leak out seemingly confirming everything from its retail name to its camera to its release date. Sifting through those rumors can be tough so here are the rumors we consider to be the five best HTC M7 rumors thus far.

Read: Can the HTC M7 Compete with the Galaxy S4?.

Last year was a trying year for HTC. The company saw financial turmoil and its HTC One X smartphone, despite being one of the best smartphones of the year, was trounced in sales and visibility by the Samsung Galaxy S3, a device that launched just a few months later.

This could be the HTC M7 aka the HTC One.

HTC and Samsung look to be heading for yet another head on collision as Samsung is rumored to be coming out with the Samsung Galaxy S4 shortly after HTC makes its flagship smartphone official. In fact, according to rumors, we could see the devices launch within weeks of each other. That said, consumers have been paying close attention to both of these phones with many homing in on the HTC M7.

HTC’s M7 looks to replace the HTC One X as the company’s flagship device and it looks to be trying to do so with a host of upgraded specifications including a 1080p display, new camera, plenty of storage space, a larger battery and a launch date that could only be a few days away.

That’s just the tip of the iceberg as far as rumors are concerned however. The HTC M7 has leaked out numerous times in recent days with the latest including a possible press shot of the device with a look at HTC Sense 5, and a supposed photo shot with its upgraded camera. And while the rumors have been plentiful, some have been more exciting than others.

Here, we want to take a look at the five best, most exciting HTC M7 rumors that we’ve seen crop up since the phone first made its presence known back in 2012.

There are plenty of rumors swirling around about HTC’s rumored flagship, the HTC M7, but here, we want to examine the rumors we think are the ones that consumers should be most excited about.

One of the best HTC M7 rumors is one that states that the HTC M7 launch will be taking place in just a couple of days. On February 19th, HTC is hosting an event, taking place in both New York City and London, wherein the company is rumored to be announcing the HTC M7.

HTC doesn’t have any other big name devices out in the rumor mill right now that would deserve such an event so it’s likely that the HTC M7 will be making an appearance next week. Better yet, rumor has it that the company won’t wait long to release it with a March 8th release date already rumored for regions in Europe.

Read: HTC M7 Could Hit Shelves as HTC One.

This is exciting for a number of reasons. One, it means that interested consumers likely won’t have to wait long for the device to launch or be released, and two, those who are on the fence about buying it or the Galaxy S4 or something else should be able to make their decision in the near future.

Holding out for rumored devices is not an easy thing to do so many will feel a bit of relief when HTC announces the HTC M7.

The HTC One X had one of the best cameras of 2012, rivaling the camera of the iPhone 4S, and given HTC’s success with that, it’s not surprising to hear rumors floating around about the HTC M7’s camera. Fortunately, those rumors seem to point to a fantastic camera that could again be one of the best of the year.

Previous HTC M7 rumors had suggested that the HTC M7 would employ a 13MP camera. However, it now appears that it may host a 4.3 Ultrapixel camera instead which is actually three 4.3MP sensors working in conjunction to offer a crisp, clear image. 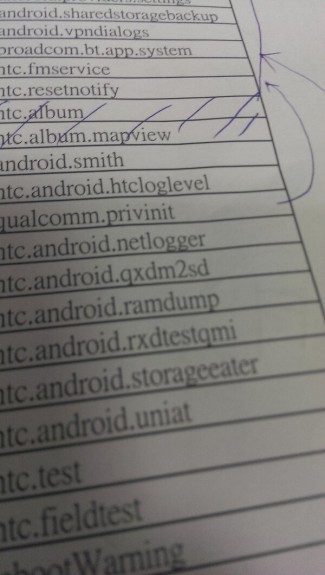 We’ve seen one alleged sample which wasn’t that impressive but given that HTC is saying that it plans to kick off a new camera experience in 2013, we expect it to be one of the best, if not the best feature on the HTC M7. 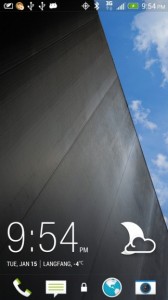 Over the past few versions, HTC has been consistently improving its user interface, culminating with HTC Sense 4+ which is arguably the best version of Sense ever made. So far, HTC Sense 5 looks to be a bit of a departure from that and that, while a bit nerve-wracking, has us excited nonetheless.

Sense 5, according to rumors, will apparently employ a new lock screen and some new Settings toggles but more recent rumors suggest there is more to HTC’s new skin.

An image has depicted the new skin which seems to use, as we’ve pointed out, flatter designs that are close to stock Android than previous versions of HTC Sense.

We’ve also seen a possible new weather widget of HTC Sense 5 and also what looks like a widget for contacts. The widget looks similar similar to Microsoft’s Windows Phone 8 design language with its large tiles for individual contacts.

With Samsung really delivering fantastic features with its Nature UX, the pressure is on HTC to deliver a likeable experience that compliments Android. From the looks of things HTC Sense 5 has a chance to be great, an exciting prospect to say the least.

Something that was lacking with the launch of the HTC One X was a multitude of carriers. The device only launched on AT&T’s 4G LTE network, severely limiting access to consumers. The HTC M7 appears to not be suffering from the same fate with rumors suggesting that it will become available on a host of U.S. carriers and likely international ones as well.

So far, we’ve heard that AT&T, Sprint and T-Mobile will all be hosting the HTC M7 on their networks with Verizon potentially offering the device up later. Even if Verizon fails to do so, having three carriers available instead of one is certainly exciting to those that may have missed out on buying last year’s high-end HTC flagship.

None of these carries has confirmed anything but given that the HTC is utilizing an event in the U.S., we should see a number of carriers introduced right off the bat.

Maybe the biggest drawback of the HTC One X was its battery life which was not afforded any type of relief in the form of a removable battery. Users were stuck with its 1800 mAh battery. With the HTC One X+ took a small step in improving the battery life with a bigger battery but still, the One X’s incremental successor didn’t have stellar battery life.

The HTC M7 is said to have a 2,300 mAh battery which means that it will likely have better battery life than both of those. There might also be some other changes including the toning down of HTC Sense, more power efficient display and/or processor and other more subtle changes to the HTC M7 that could help improve battery life as well.

We’re hopeful that HTC has made changes for the better in this area and rumors of a larger battery are a start.