If you’re in the market for a brand new phone this month, you’re going to be faced with a very difficult decision because the smartphone marketplace is chock full of top notch options ahead of the holidays. In an effort to help those that are in need, we take a look at the devices we think are the five best phones money can buy in the month of November.

Over the past 10 months, we’ve seen smartphone manufacturers unleash a number of big time smartphones. Early in the year, it was the Samsung Galaxy S5 and HTC One M8 that beckoned the hard earned cash of consumers. More recently, its been devices like the iPhone 6 and iPhone 6 Plus, LG G3, Samsung Galaxy Note 4, and Moto X that have tempted consumers across the U.S. and around the world.

While it’s certainly nice to have that amount of choice, it presents problems for many people, especially those that don’t keep up with the fast paced world of phones. By our count, there is only one big smartphone release remaining and that’s the Nexus 6 from Motorola and Google. Picking out your next phone can be a struggle and that’s why we want to help those who are struggling with a decision.

We are constantly bombarded with questions about the best phones money can buy. There are a number of different devices that we could recommend, the smartphone market is full of solid choices, but we want to narrow things down a bit and take a look at what we consider to be the top five smartphones available.

With that in mind, here are the five best phones for November, 2014.

In September, Apple’s new iPhone 6 replaceed the iPhone 5s as the company’s high-end iPhone flagship. And like the iPhone 5s before it, the iPhone 6 is considered, by many, to be one of the best smartphones on the planet and a device that smartphone shoppers should look at before settling on a device this holiday season. 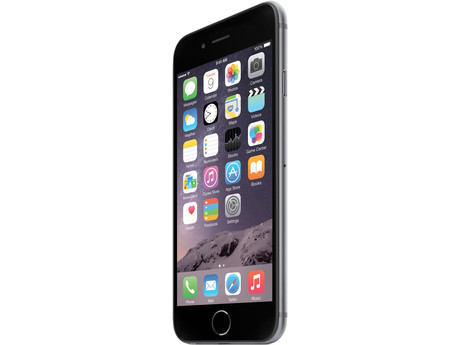 The iPhone 6 isn’t cheap, it starts at $199.99, but those that buy into the new iPhone will be getting one of the best phones on the market and one that should last three years or more thanks to new iOS software updates. Apple tends to keep iPhones updated for three years before kicking them to the curb.

Before buying, have a look at our full length review to absorb the strengths and weakeness of one of the top smartphones money can buy.