The iPad Air makes a great mobile tablet and we even use it as a laptop replacement occasionally, but the case makes or breaks the experience. We’ve shared some hits over the last few months, but here’s our list of 5 disappointing iPad Air cases you should never buy due to their high cost, poor quality or just general horrible ugliness. 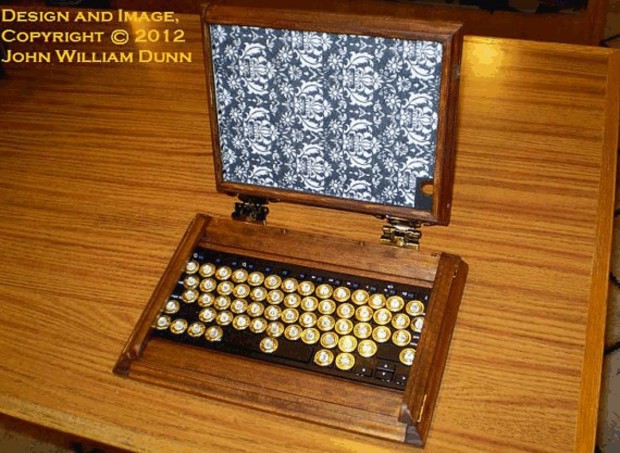 This case may look so ugly that its cool, but at $485 we can’t recommend it.

Sorry to the makers of the iCog Hades 5B Steampunk Wood Case, but this thing not only looks ugly but negates the single greatest thing that we enjoy about the iPad Air: its mobility and low profile as a light and thin ten-inch tablet. The case also costs a whopping $485. That’s because iCog makes them by hand. It takes a month to get one. 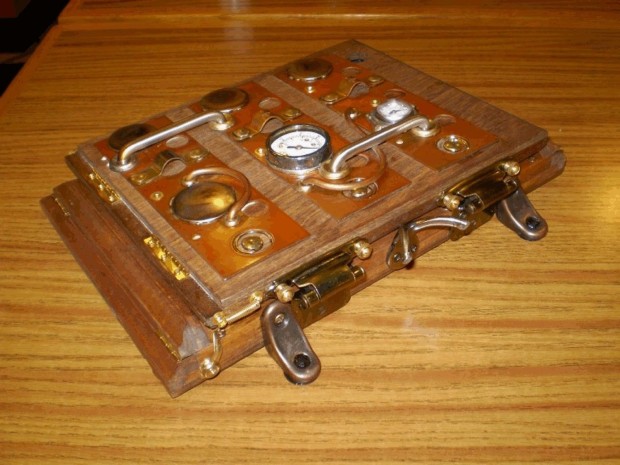 Here’s the top of the iCog Hades 5B Steampunk iPad Air case.

The case comes with hinges and handles and looks like it fell off of a Jules Verne novel submarine from the eighteen hundreds. The wood looks like it came from scraps and the design with all the metal parts looks like someone haphazardly glued stuff from their hardware leftovers drawer onto the outside of the case. 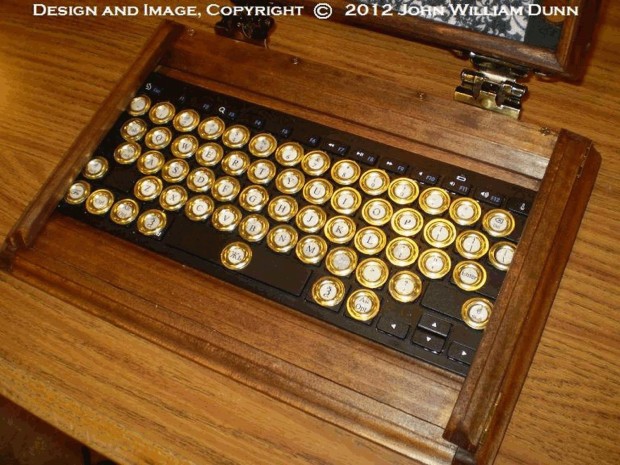 Believe it or not, but they keyboard connects via Bluetooth and all the buttons and keys work. The inner lining is made of felt and protects the iPad from scratches, since it would otherwise rub against hard wood. The case gives access to the volume buttons, but here’s another problem: users can’t use the mute/rotation lock switch without taking the case off the iPad Air.

The maker describes it as “reminiscent of steam-powered machinery” with “a pressure dial … essential for measuring the pressure of a boiler” and a dummy thermometer, none of which actually function. On the back of the case we get pipes to mimic a steam distribution system. The hinges lock in the open position.

The iCog case looks ugly and turns the iPad into a kind of stationary desktop computer. It costs more than some people are willing to pay for an entire tablet, let alone for a case to cover it. 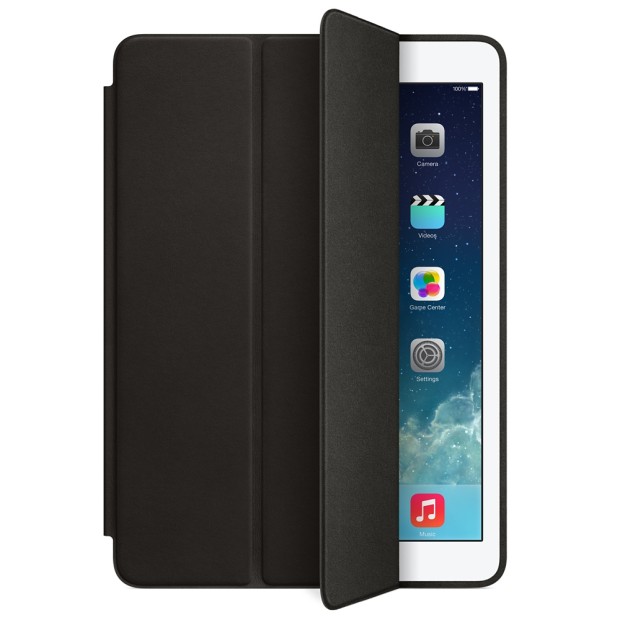 Some people love the Apple iPad Air Smartcase, but we can’t find many for a couple of important reasons. First, there’s the price of Apple’s thin and light leather case! At $79, it costs twice what it should. Apple jacked up the price because it’s Apple and they always charge more than the competition for their device accessories. Second, Apple made the case out of  “leather…” sort of. The quality of the leather they put in this case isn’t great. Like the glossy iPad screen, the outer layer of the Smartcase gets gross with fingerprints. Unlike the iPad Air screen, cleaning off those oily fingerprints takes some elbow grease and then they reappear the moment someone picks the iPad and case up again. 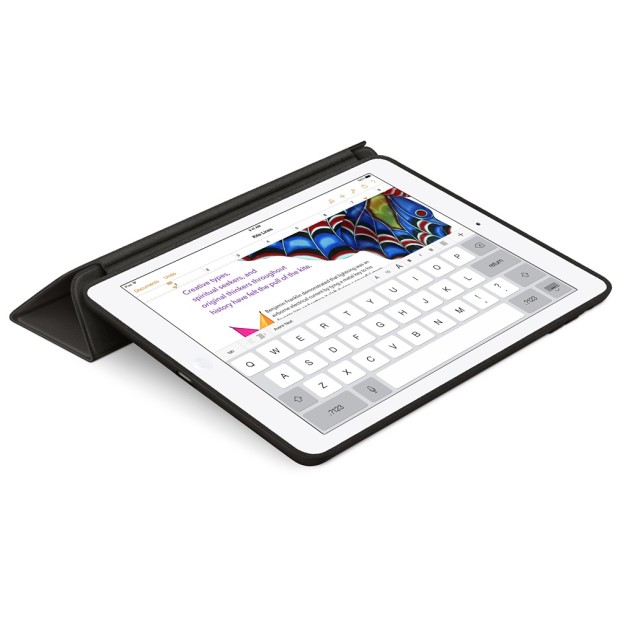 Prop up the iPad Air using by folding cover the lid and it holds the iPad Air upright for viewing video or images. Users can also add an external keyboard as work on their iPad Air like it’s a laptop replacement. Drop it down to the lower angle, like the picture above, and the iPad works better for typing.

We like the functionality of the case’s lid, but unfortunately, in the upright position, the case doesn’t stand up securely. Tap the screen and the tablet will wobble and sometimes fall over.

Finally, at the $79 price, people can buy a couple of our favorite iPad Air cases from Moshi. The Moshi VersaCover origami-style case, that’s just as thin and feels better while holding it, doesn’t suffer from the fingerprint problem and offers more angles to prop up the iPad Air. The case also stays upright with greater stability.

At $29, or even $39, this case wouldn’t make the list. We’d forgive the wobbly stand mode. Since Apple’s case costs so much and doesn’t stay put in stand mode, we can’t recommend it. Lower the price to $29 and we’d also forgive the cheap feeling “leather” and smudge build-up on the front. Sadly, that’s less than Apple sells their terrible polyurethane Smartcase (see below) for, which we lump together with the leather model, since it also suffers from some of the same problems. 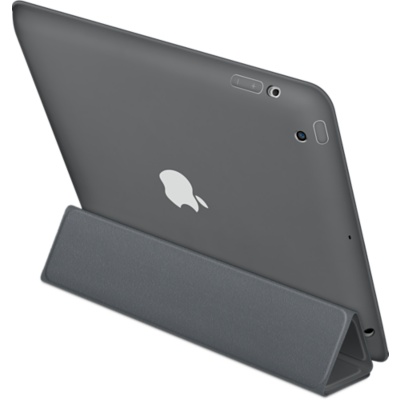 Some people might think that the lower priced ($49) polyurethane Apple Smartcase solves the price problem we get with the leather version, but this one’s overpriced too! At nearly $50, the polyurethane case still has to be a great case. Like the leather case the darker colors attract ugly oily fingerprints and the lighter colors get dingy quickly. This version also suffers the same problem with a wobbly footing while in upright mode and it still costs more than the Moshi case. 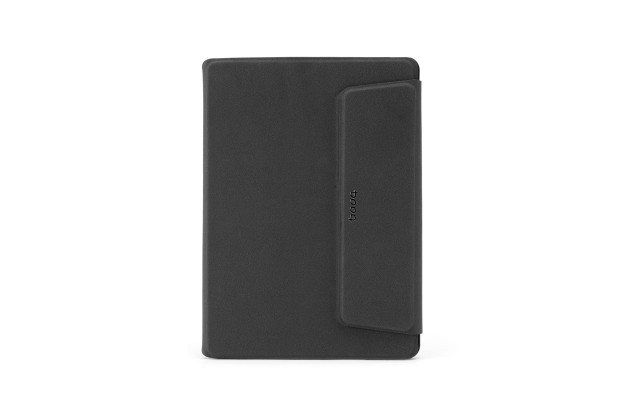 The Booqpad for iPad Air is thick and complicated make it stand up and feels too floppier than Apple’s Smartcase.

The Booqpad for iPad Air seems like a nice idea, but it suffers from poor execution.

We like the idea of marrying an iPad case to a paper tablet so executive and business users can carry just one thing. Many iPad users would prefer paper and a pen or pencil for writing notes or drawing sketches. Inking on an iPad doesn’t give us the same tactile experience. iPad inkers can get a Bluetooth stylus that gives us intricate handwriting and drawing, but these usually cost too much and they’re easy to lose. If I lose a pen or pencil and I just borrow a new one. Lose even a cheap stylus and it’s back to using a finger and I’m out ten to fifty bucks.

Booq gets this, so they integrated a writing tablet into an iPad Air case. Users can write or draw on the included paper tablet and then snap a photo with the iPad camera. Import that picture or the notes into Evernote for handwriting recognition or into another inking app like Notability, which lets me insert photos so I can then mark the up using my finger or a stylus. Email the notes or sketches or save them for later. Sounds great right? 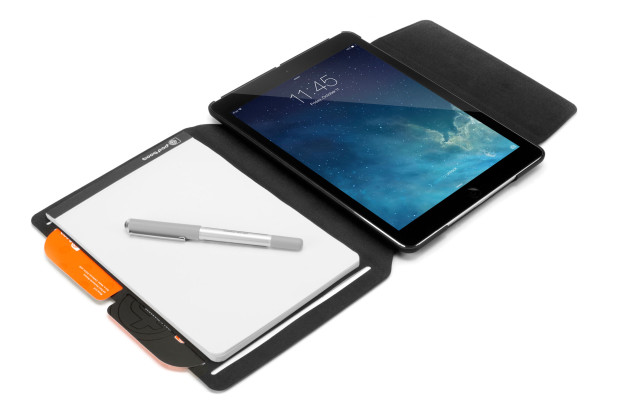 The paper pad gets in the way and flops around when holding the iPad in the case in my hand.

The Booqpad for iPad Air sells for $69. The price isn’t the problem. The problem is that the case nearly triples the thickness of the iPad, adds too much weight and standing it up in stand mode gets too complicated. When the user finally stands it up, it feels too floppy to stay up. Holding the iPad with the case installed gets annoying since this floppy paper tablet hangs off the back of the iPad and gets in the way.

The problems with the Bookpad surprised me since my past experience with Booq bags was great! Go over to Notebooks.com and read our Booq case and bag reviews and you’ll see that they are consistently great. The Booq Boa Squeeze bag made our recent list of best Notebook bags for students. 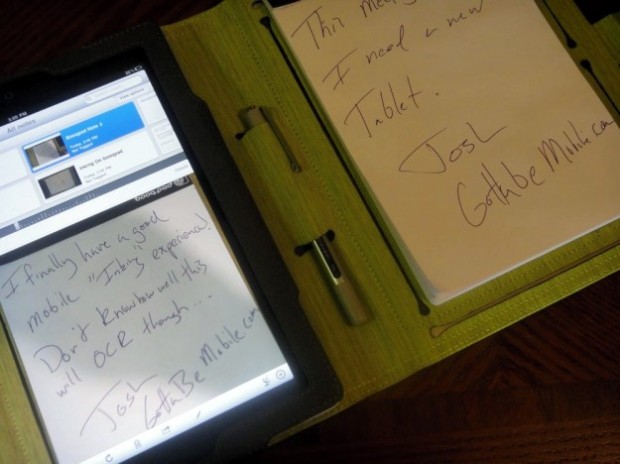 We even recommended a past version of Booq’s folio case with an integrated paper tablet. See the video review of the other paper folio tablet below.

We include this as the example of why cheap cases often don’t do the job. It seems a bit hypocritical to complain about cases costing too much in our examples above and then balk at this one, calling it cheap. Don’t misunderstand me. Expensive isn’t the problem. A great case that looks beautiful and works well but sells for over $100 is fine with me. An expensive that fails to deliver looks, functionality or protection will earn a spot on this list even if it costs a buck. The Amzer Soft Silicone Skin Fit Jelly Case Cover for iPad Air fits this latter group of cases because it’s such a pain to use. 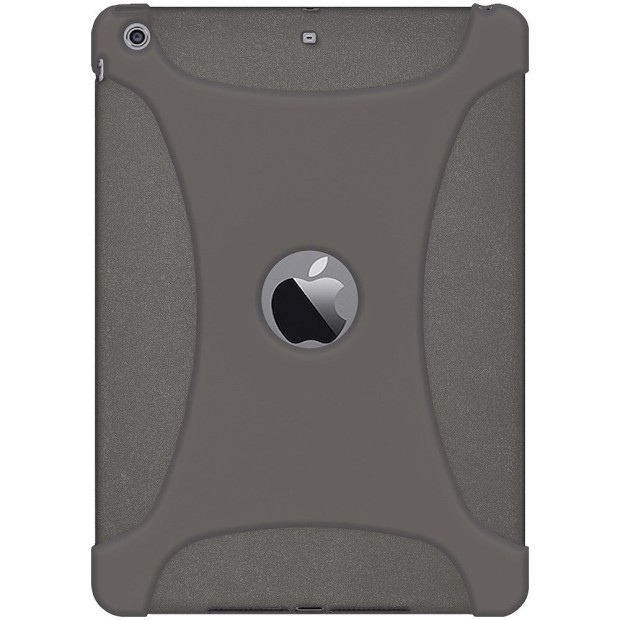 The Amzer iPad Air Case defines cheap in a bad way because it’s such a pain to install and remove.

The Amzer Soft Silicone Skin Fit Jelly Case Cover for iPad Air only costs $20 on Amazon, but even at that price it may cost too much.

The case offers double layer protection and promises a nice grip while holding the iPad Air and won’t slide around on slick surfaces.

The complaint, from our own Craig Lloyd, stems from how much effort it takes to install this simple case. Removal of the case is just as bad. Craig said:

It’s a huge pain in the butt to install because it’s really stiff and it needs to fold over the edges, which is nearly impossible to do.

If someone plans to install the case on their iPad and never remove it, then they might get some use out of this cheap case. But we think people can find much better low-cost iPad Air cases that easily go on and come off. If someone needs a durable, shock absorbing case, they should consider one from the company known for mobile gadget protection. The LifeProof waterproof cases or Otterbox rugged cases, both made and sold by Otterbox, will always provide the best protection money can buy. 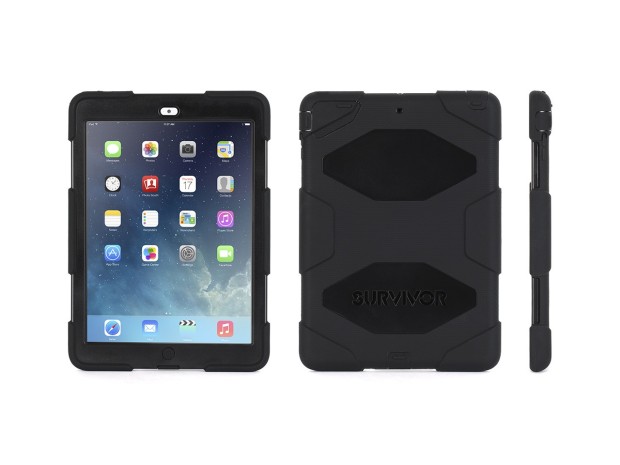 The Griffin Survivor for iPad Air costs nearly $80 direct. That’s pricey, but not too much for a really great rugged case. The cases from Otterbox recommended above cost more than this Griffin Survivor. So why don’t we like this one? It’s too hard to keep nice looking. Like many protective cases, the Survivor includes port covers. Some companies do a better job of making these work well, protecting the charging port or head phone port, without annoying users. Griffin failed. It also includes a flap that covers the speaker and muffles the sound. The user must flip the cover up to hear anything. It won’t stay open without holding or propping it. Finally, the built-in screen protector scratches too easily and the user can’t replace it. 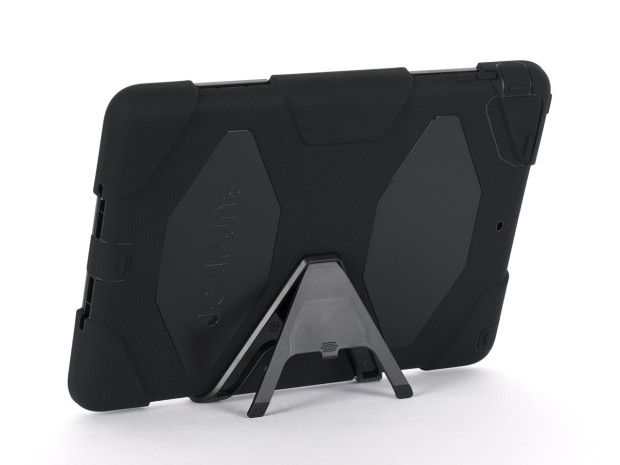