Six months after the Call of Duty: Black Ops 3 release date, there are still many reasons to skip the Black Ops 3 Xbox 360 or PS3 version and wait to play until you can upgrade to the Xbox One or PS4. You may even want to wait it out and upgrade to a new console and to the Call of Duty 2016 release this fall.

Specifically there are seven good reasons not to buy Black Ops 3 on Xbox 360 or PS3. Of course this could just as easily be why you need to buy the PC, Xbox One or PS4 Black Ops 3 game, but if it was that easy you would likely already own a newer console.

We know that not everyone can afford the PS4 or Xbox One, but there are price drops that make the consoles easier to afford for some and there are many deals, which can ease the pain of upgrading.

The Call of Duty: Black Ops 3 release date arrived on November 6th for all consoles and PC. In 2016 we saw Black Ops 3 DLC come to the PS3, but it is not a sign that all of the DLC is coming.

Treyarch is making Call of Duty: Black Ops 3, but they are only responsible for the Xbox One, PS4 and PC release. A different developer translated that experience to a console with less power, and that means this is not the same game on both platforms.

On the upside you still get Zombies and Specialists on the PS3 and Xbox 360 Black Ops 3 game and you get a digital copy of the original Black Ops game. 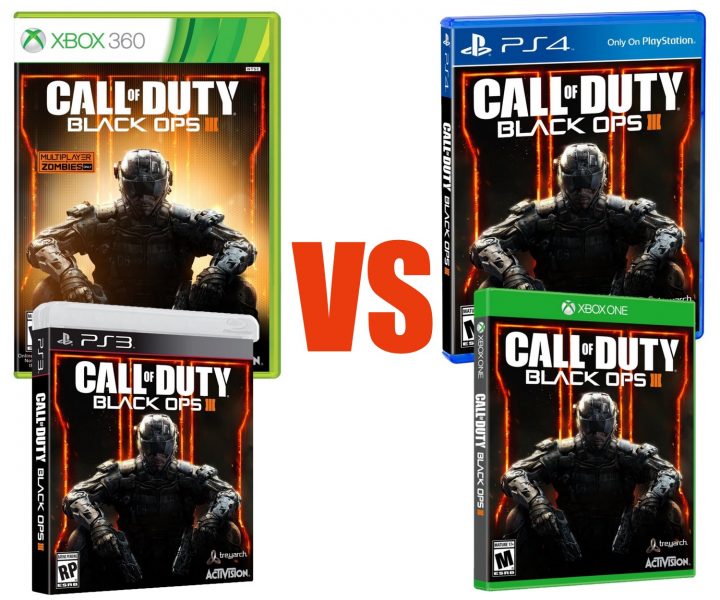 What you need to know about the PS3 & Xbox 360 Black Ops 3 game compared to the PS4, Xbox One and PC version.

We’re not just talking about graphical differences between the Xbox 260 or PS3 and the Xbox One and PS4 — these are missing features, missing options and limitations that buyers need to know about.

Here’s why you should skip the Xbox 360 and PS3 Black Ops 3 release and wait to play until you can upgrade to the Xbox One, PS4 or PC.

Since the Call of Duty: Black Ops 3 release date we’ve seen dozens of hotfixes for PS4, Xbox One and PC deliver fast fixes and changes to the game major Black Ops 3 updates in November and December.

In that same period we’ve seen only a few Xbox 360 and PS3 Black Ops 3 updates deliver some fixes to Multiplayer and Zombies, but not to the same depth or with the same speed as on Xbox One and PS4. In 2016 we are seeing more updates on the older consoles, but it is not at the same speed.

If you like to play locally with a friend, the Xbox 360 and PS3 Black Ops 3 release is not going to satisfy you.

Activision confirms, “The split screen feature is only available on PlayStation 4, Xbox One and PC.”

While many players only get Call of Duty games for the online multiplayer experience, we’ve seen more effort put into the campaign mode each year. This year is no different with big names making digital appearances in the action and an option to play co-op campaign mode.

But, you cannot play the campaign on Xbox 360 or PS3 versions of Black Ops 3. Jason Blundell, Director of Campaign & Zombies at Treyarch explains to Eurogamer why they made this call,

“We being Treyarch, we’re only looking at the current-gen stuff, so PS4 and Xbox One. And when we hear the old-gen stuff start having to take things away to be able to make it perform on those machines… they’re like, ‘okay, we’re going to have to lose this, and lose that, and bring this back in,’ from a purely selfish point of view, I completely agreed with Activision’s decision to cut the campaign, because I don’t want you to get a second-rate experience. So I agreed on that level.”

Yes, you get the star-filled Zombies cast, but you will not get the full campaign mode that comes to PS4, PC and Xbox One. 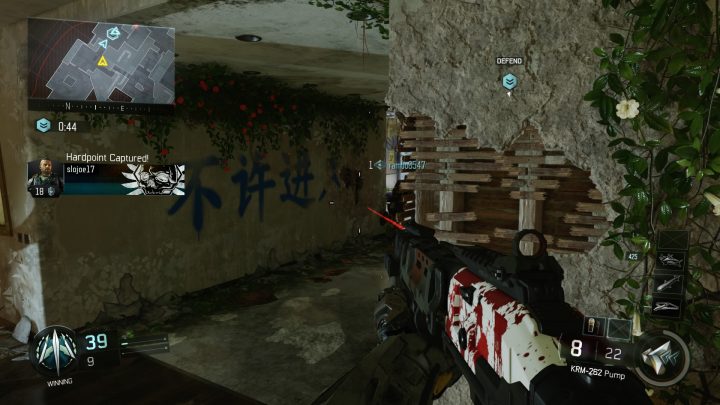 In the full version of Call of Duty: Black Ops 3 you can use the Paint Shop to customize your weapon in unique and varied ways.

Activision confirms that there is no access to the Paint Shop on the Xbox 360 and PS3. This is a smaller feature, but one that many users are excited about using on the newer consoles. 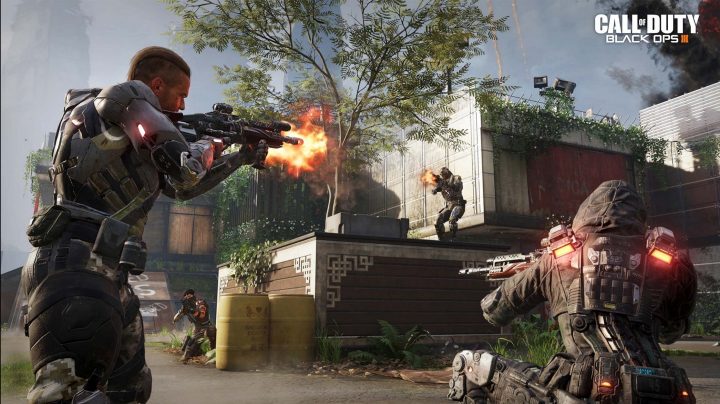 We learned recently that there is no PS3 or Xbox 360 Black Ops 3 Season Pass option for gamers. Originally Activision stated that the DLC would only come to the Xbox One, PS4 and PC, but in April 2016 they delivered Awakening DLC to the PS3. Unfortunately, that will be the last DLC that we are aware of.

It goes without saying that the Xbox One and PS4 Black Ops 3 release will deliver better looking graphics than on the PS3 and Xbox 360. What are the differences that you will notice?

The biggest difference will likely be the frames per second. Beenox Creative Director Thomas Wilson told Develop-Online, “I’d say that we tried to hit that target [60fps], It becomes harder when you’re working on current gen platforms.” Wilson adds, “We’re basically looking more at something like 30fps. But still, the experience is very enjoyable, otherwise it’s not Call of Duty.”

Activision addresses this with the following statement, “The multiplayer mode on PS3 and Xbox 360 will scale between 30- 60 FPS, while the frame rate in Zombies mode is 30 FPS.”

No Theater Mode or eSports Features

If you are still playing on the older consoles it is unlikely that you plan to play professionally in eSports mode, but there are still features you will miss.

Activision confirmed that eSports tools including CODCasting and Theater Mode will not come to the Xbox 360 or PS3.

As the Call of Duty: Black Ops 3 release date approaches, you should check out the latest news in the slides below to prepare yourself for the game.