This means that it’s now an option for those looking for a brand-new smartphone.

Well, we have spent some hands-on time with the Droid Incredible 4G LTE and fortunately, there are some things that owners are going to love about it. 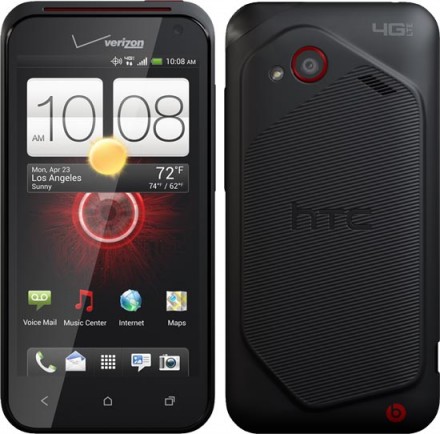 We look at five things to like about the new Droid Incredible.

The 4G LTE in the Droid Incredible 4G LTE’s name implies that it has 4G LTE capabilities. This means that it runs on Verizon’s 4G LTE network and can pull down data speeds that can reach up to 10 times faster than those found on 3G.

This makes for much faster streaming and downloading while on-the-go.

4G LTE data speeds can be seen on the new iPad for both AT&T and Verizon in the video below.

Fortunately for the Droid Incredible 4G LTE, Verizon currently has the largest 4G LTE network in the land which means those interested are likely going to find 4G LTE service available right now, in their area.

The carrier has over 300 markets currently available and will have over 400 by the end of 2012.

One of the unique characteristics of the Droid Incredible 4G LTE is the fact that it owns a 4-inch display. While it does not offer 720p resolution, it’s the size that is going to be appealing to customers looking for a new phone.

High-end Android phones at the moment all possess massive displays. The Droid Incredible 4G LTE’s 4-inch display is smaller than all of those and rests just a bit bigger than the display found on the iPhone.

A 4-inch is still a great size for watching video and it also makes it easy to use the thumbs to move about the display. For many, a 4-inch display is a sweet spot and so it’s no wonder than iPhone 5 rumors peg it has having a 4-inch display as well.

One of the nice things about the Droid Incredible 4G LTE is that it has Android 4.0 Ice Cream Sandwich out of the box. No need to install anything, no need to wait.

This means that owners will running Google’s most ambitious mobile software to date and be in line for an upgrade to Android 4.1 Jelly Bean, Google’s latest mobile operating system that comes out in mid-July.

Ice Cream Sandwich offers tons of features from a great-looking UI, to Face Unlock to an easily customizable interface.

Like HTC’s One Series phones, the Droid Incredible 4G LTE features a processor that is arguably one of the best on the market in the dual-core Snapdragon S4 processor.

Not only will it be able to handle just about anything thrown at it, it’s so powerful, that it can hold its own with a quad-core processor.

This means that it will stand up to the tests of time and that’s something that should be coveted by smartphone owners in an age where software pushes the bar seemingly on a daily basis.

Lastly, Verizon finally did something right with its 4G LTE pricing. The Droid Incredible 4G LTE costs $149.99 right off the bat.

Believe it or not, this is much cheaper than many of the phone’s that Verizon offers directly and those that can’t or don’t want to buy through places like Amazon Wireless and Wirefly will be better for it.