This year’s Nexus smartphone rumor mill is in full swing and it appears that we could see a Nexus smartphone launch as soon at this month. The current rumor says that Google and quite possibly, LG, will announce an LG Nexus smartphone in October to replace the current Nexus smartphone, the Galaxy Nexus. And while Android owners might be tempted to buy an Android phone right now, there are several reasons why waiting for the Nexus is worth it.

Right now, rumors are swirling around regarding the new Nexus smartphone or smartphones. Thus far, two potential candidates have emerged from the shadows amidst rumors that LG, Sony, Samsung and HTC are all making Nexus smartphones.

Currently, we have the LG Nexus which has leaked out in photos and benchmarks and looks to be LG’s first stab at a Nexus smartphone. It’s said to feature an HD display, a quad-core processor, dual-cameras, and Android 4.2, a new update to the Android operating system. It’s also said to have no expandable memory, 8GB or 16GB of storage and a non-removable battery.

What will replace the Galaxy Nexus? We don’t know, but it or they are worth waiting for.

Another device that has popped up is the Samsung Galaxy Nexus 2. Rumored spec include a Super AMOLED HD display that measures in at 4.65-inches, a dual-core A9 processor clocked at 1.5GHz, an 8MP rear camera, a 1.9MP front-facing camera, 16GB of storage and a slot for an SD card which would provide for expanded storage.

Those specifications, while nice, aren’t mind-blowing. In fact, they will be standard for Android by the time these phones are released. That being said, those who are looking to buy a new Android will want to wait and see these phones debut before buying a new Android smartphone.

I realize that not everyone can wait a month to buy a smartphone. If that’s the case, be sure to check out our Best Android Smartphones for October 2012. You’ll find some quality options. Those that can wait a few weeks though should.

By waiting a few weeks, you will increase the amount of options you have in terms of buying an Android smartphone. And that’s truly one of the great things about Android. The amount of choice that one has when it comes to picking out a smartphone.

Throw in the fact that there might be several Nexus smartphone options this time around and you’ll have your pick of the Android litter.

Nexus devices are Android developer devices which means that they come with a Vanilla version of Android that does not possess any customized skins. This also means that the major Android updates are much faster to roll out because there is far less software testing involved. So whereas the Galaxy S III is still waiting for the Jelly Bean update in the U.S., the Sprint and Verizon Galaxy Nexus devices have already received Android 4.1.

In fact, the Nexus S 4G, an aging Nexus smartphone, got its Android 4.1 update before the Galaxy Nexus’.

We also imagine that the Android PDK, which was announced at Google I/O as a way for manufacturers to roll out Android updates faster, might finally become relevant with future Android updates, updates that will be coming to the new Nexus devices.

If you don’t want lengthy waits for Android updates, grabbing a Nexus is the way to go. 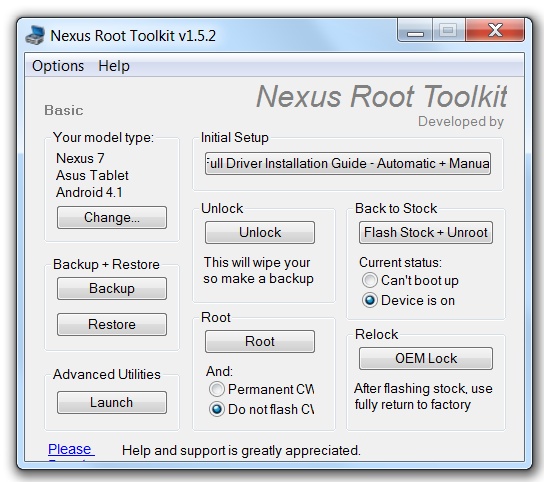 Nexus devices do not come with locked bootloaders. Instead, their bootloaders are not encrypted which means users are free to install ROMs and fully tailor their device to their choosing.

This freedom is definitely a reason why many of you will want to wait for the Nexus smartphone or smartphones.

With the Galaxy Nexus, Google once again began to sell a Nexus smartphone directly. Currently, Google sells the Galaxy Nexus HSPA+ through its Google Play Store and it sells it unlocked for extremely cheap.

Google charges $349 for an unlocked 16GB Galaxy Nexus. The unlocked part means that it isn’t attached to a GSM carrier in the United States. The big two in the U.S. are AT&T and T-Mobile.

In comparison, Apple will charge $649 for the 16GB unlocked iPhone 5. So, assuming Google does the same with these Nexus’ and at this point, there is no indication that it won’t, expect Google to offer the new Nexus smartphones or smartphone unlocked for cheap.

This is worth waiting for if you don’t want to sign a lengthy contract with a mobile carrier.

What this means is that these new Nexus devices will likely run this software out of the box which means that you won’t have to wait for the update to arrive, you’ll just be able to fire up the new software immediately upon receiving the software.

Most Android smartphones on the market right now aren’t even updated to Android 4.1, let alone Android 4.2, and that means that lengthy waits could apply. In fact, devices like the Droid RAZR HD and Droid RAZR MAXX HD will be launching with Android 4.0 Ice Cream Sandwich which is even more grim.

We still don’t know much about Android 4.2 but it’s definitely worth waiting a few weeks to see what it, and the new Nexus smartphone or smartphones entail.