Yesterday, Samsung finally unveiled the Samsung Galaxy S4 after a lengthy period of leaks and rumors. The device is Samsung’s answer to the smartphone market right now which includes the iPhone 5, HTC One, Sony Xperia Z, Nexus 4 and more, and it will be replacing the Samsung Galaxy S3 in just a few weeks. And now, with the launch over, it’s time to reflect back and bit on Samsung’s new flagship.

All the way back in December of 2011, I was one of the many people that waltzed into a Verizon store on day one to buy the Samsung Galaxy Nexus. It was the first Android phone that I had ever bought because it was the first Android smartphone that truly appealed to me. It featured 4G LTE speeds, a large HD display and what I thought would be Nexus-style software. 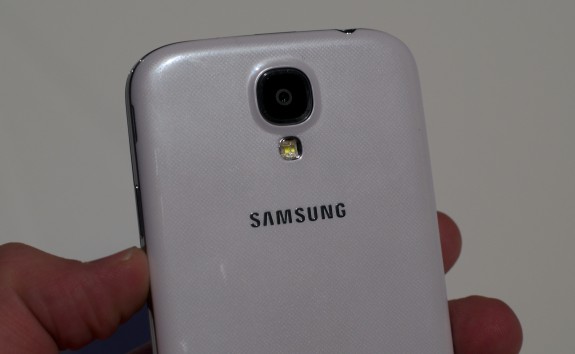 The Samsung Galaxy S4 is here, and despite some concerns, it warrants a look from smartphone shoppers.

Of course, I was wrong about the latter and have been regretting my decision to buy the phone ever since. I still use it from time to time but it’s certainly not the secondary phone, or even the iPhone replacement that I was looking for. And when Samsung announced the Galaxy S3 back in May of last year, I was certainly intrigued but not enough to ditch my Nexus early.

Since then, I had been tempted to buy it numerous times to replace my Galaxy Nexus. After the Galaxy S4 rumors started though, I held off, and decided to wait for 2013’s crop of smartphones, just like many of you.

Yesterday, maybe the biggest Android smartphone of 2013 arrived, in the form of the Samsung Galaxy S4. The event was Broadway-themed and it was unlike any smartphone launch that I have ever seen. Beyond all of the ridiculousness though was the launch of a smartphone, the Galaxy S4, which has the tall task of not only replacing the Galaxy S3 but also taking on challengers like the Nexus 4, Xperia Z and the HTC One.

Given that I haven’t been able to go hands-on yet, it’s impossible to say whether or not it’s better than any of those or whether I’ll be buying it to compliment or even replace my iPhone 5. Those thoughts are for another time.

However, from a distance,  I want to offer some initial thoughts about the Samsung Galaxy S4 and its hardware, software, release date and more.

Android 4.2 is Both a Gift and a Curse

As expected, the Samsung Galaxy S4 arrived with Android 4.2 Jelly Bean, just like the rumors said. That means it’s going to have a number of handy features on board including Quick Settings, lock screen widgets and more, all of which I have thoroughly enjoyed on my Nexus 7. I should point out that my Verizon Galaxy Nexus is still waiting for the update. To me though, having Android 4.2 on board is both a gift and a curse.

It’s a gift because it’s the latest software. Even phones like the HTC One and Sony Xperia Z don’t have Android 4.2, they’re running Android 4.1 Jelly Bean, and older version. That means that the Galaxy S4 will be a step ahead of these phones in terms of update speed, which is extremely nice.

Android 5.0 Key Lime Pie could arrive as soon as May.

Problem is, the Android 4.2 Jelly Bean update may be the latest Android update, but it’s certainly not new. In fact, it has been out since November. And with Google I/O on the way in May and a Android 5.0 Key Lime Pie announcement likely, Galaxy S4 owners are soon likely to be running an outdated version of Android and will, like the others, have to wait for the software to roll out.

Samsung has been diligent about getting updates out fast, but it’s still no where close to the speed that is afforded to a Nexus smartphone. Personally, it’d be tough to watch Android 5.0 launch right around the same time the Galaxy S4 is released in the U.S., knowing that I’d have to wait months and months for the software to arrive.

I guess the Galaxy S4 is in better shape than the others, but the allure of swift updates with a Nexus like the Nexus 4 are much more appealing than any kind of a wait.

Mixed on the Design

For years now I have been waiting for Samsung to ditch the plastic polycarbonate material and opt for something new. That day may come at some point down the road but for now, plastic will just have to do.

There were rumors that the device would feature metal around the sides of the device but that didn’t happen. So now, we’re left with a plastic design that is likely going to pale in comparison to the designs of the HTC One and iPhone 5.

To me, the design of a smartphone is important. I like paying $200 for something that looks and feels like it’s worth that type of cash. The Galaxy S4 looks like a larger version of the Galaxy S3 and Galaxy Nexus which I think feel cheap. Still, there are some things to like. 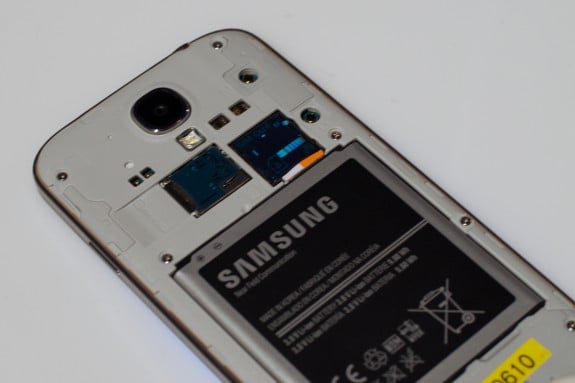 The Galaxy S4’s plastic design left me with mixed feelings.

The removable back isn’t possible on designs like the iPhone 5 or the HTC One and that means no wireless charging and no extended batteries. Neither of them have microSD card support either, something that I would love to have on my iPhone 5.

That said, I’m mixed. I would have loved to have seen Samsung do something different, but there are definitely some nice perks to the Galaxy S4’s plastic form factor.

I don’t think there was any question that the Samsung Galaxy S4 would launch on a number of different carriers in the United States. The successes of the Galaxy S3 and the Galaxy Note 2 dictated that. 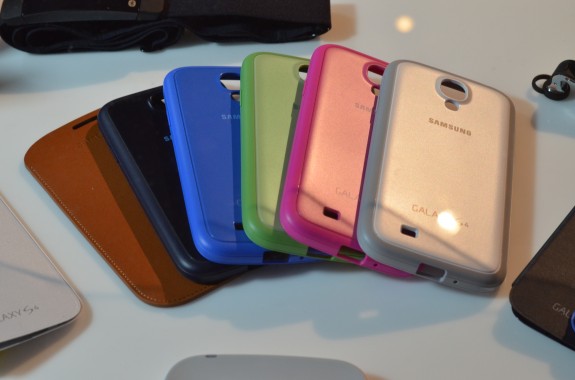 The Samsung Galaxy S4 is coming to a number of U.S. carriers.

So I wasn’t surprised when AT&T, Sprint, T-Mobile, U.S. Cellular and Verizon all announced the device for their 4G LTE networks. While each carriers has its strengths and weaknesses, I still appreciate the fact that Samsung will be giving consumers a choice between the five biggest 4G LTE service providers in the land.

What’s more is that the Galaxy S4 will be available on MVNO Ting and pre-paid carrier Cricket Wireless as well. I’m not always a fan of carriers, but I am a big fan of choice and consumers who are looking for a new phone certainly have a lot of choice with the Galaxy S4.

Lack of Release Dates & Pricing is Not

One thing that did bother me though is the fact that despite launching in the United States, with hundreds of thousands of people watching, Samsung and the U.S. carriers that are carrying its device, did not confirm any type of release dates.

To me, this hurts the credibility of these events. Whereas Apple launches products with firm pricing and firm release dates, Android manufacturers launch without this information, instead deferring the announcements to carriers who tend to toy around with consumers until the last possible second.

The Galaxy S4 still has no release date or pricing in the U.S.

It’s frustrating and quite frankly, a bit ridiculous that after all of these years, we still don’t get all of the details at these events.

People have been talking about Samsung emulating Apple and for whatever reason, the company has failed to copy the one page out of Apple’s book that I’d wish they would copy.

I, and many others would be much more interested if we heard a solid May 15th release for $199.99 across all five carriers. Samsung now has the market share and visibility to make this happen so hopefully, at some point, it does.

Despite some concerns, I think overall the Galaxy S4 has to be a tempting proposition any way you slice it. It features high-end hardware like its 5-inch 1080p display, quad-core processor, 13MP camera, massive battery, and a boat load of Samsung software features including some premium camera software that I think looks a lot more useful than smart features like Smart Scroll and Smart Pause.

It also has a ton of accessories to choose from including wireless charging, some intriguing cases, and an upcoming GamePad that looks fantastic for traveling.

At the very least, I think the device definitely merits a spot on any smartphone shopping list. Will I be buying it? It’s hard to say at this point but I will guarantee that tens of millions of people will.