5 Ways an Android Phone Could Stand Out in the Crowd?

With all the Android phones that manufacturers announced at CES, each phone seems to get lost in the crowd. No matter how good one might be, they all start to look ordinary due to the number of phones available. They start to all look alike.

You can buy one iPhone – the latest greatest iPhone 4S – unless you want the older model iPhone 4 or 3GS as a budget alternative. With Android you have dozens of options to investigate before making an informed decision.

How does one phone stand out?

Here are five ways an Android phone could potentially stand out in the crowd. 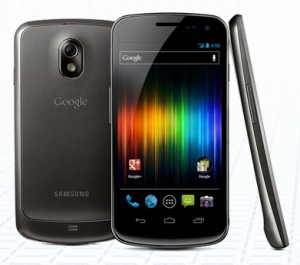 I’m an iPhone user, but I like Android. It bothered me when I used an Android phone and the updates to the most recent version of the operating system came so slowly. On an iPhone, I know that if Apple releases an upgrade I will get it too, unless I’m using really old hardware. I may not get every new feature, but I will get the latest iOS version.

Not so with many Android phones. To get the latest update on my handset I’ll have to either root the thing or pound sand as I wait for the carrier and manufacturer to make it work with their customizations. There’s no excuse for this.

Most of the hardware will run Ice Cream Sandwich just fine. The problem comes from the manufacturer’s and their love affair with skinning Android. This delays the update. I believe the updates don’t come because the phone maker wants you to upgrade the hardware. Google said they were going to try to fix this problem, but we still don’t see it going away.

I recognize that this only bothers the enthusiasts among us, but who influences others to buy? When my church members ask me which phone they should get, I’m less likely to suggest a phone that doesn’t receive updates.

I don’t understand why an OEM would fight rooting Android OS. I can understand why they won’t support a rooted phone as is. They release a phone with an ecosystem of hardware, apps and operating system. Hopefully, they’ve tested it and know it works. When I root it, I’m introducing variables they can’t control. So I get it. If my phone’s rooted, they won’t fix the problems.

An OEM or carrier could really stand out if they had a policy that they won’t fight rooting. Don’t lock down the bootloader or make it really hard to root the phone. Don’t push updates that break root without the user’s express permission.

If the wireless carrier and/or manufacturers want to take it further and really make the enthusiasts love them, offer this policy: “We will not support your rooted phone, but if you have a problem on a rooted phone, we will restore the default OS if possible and then support it as if you never rooted it.” Such a policy would really endear them to users in the smartphone community of influencers. I’d be very likely to recommend such a company to my friends and family.

Android isn’t the only platform that has this problem. Apple fights jail breaking too. Stop it and users will be happier.

Speaking of support, this one area sets a company apart from the crowd. Apple fans loyally support the company because the company supports them. I can take my computer or iPhone to an Apple store and feel confident they will make a good faith attempt to fix my problem. While customers can’t count on getting out-of-warranty support, it does happen sometimes.

If an Android phone maker would promise this kind of support, users would be happy and recommend them to their friends.

I know Samsung can’t give the same kind of walk-in support that Apple does because they don’t have retail stores. What if they did this through the carriers? Promise to replace any phone the staff in the Verizon store deemed defective at no cost to the carrier or customer if it’s under warranty.

Speaking of warranties, extend all handset warranties to the life of the contract. If I’m required to sign a two-year contract with you to get the phone, then you should support it for that full two years or let me upgrade early if the phone fails. I recognize they can’t support user inflicted damage, but they can support the phone for as long as I’m required to use it with the carrier. If the carriers did this one thing, it would gain them a loyal customer base.

Of all the suggestions, the hardest one to do is the most important. Don’t give me cheap plastic with loose buttons and flimsy battery covers. 3MP cameras don’t cut it anymore. Give me a bright and beautiful display with amazing resolution. Radios need to just work with strong signals. The battery has to last all day with a little to spare, even if I’m using 4G. I’d rather have a  phone that’s a mm thicker if the battery gets me through a busy day on the road with 20% to spare at night in the hotel!

Make a phone that I’d want to pay the full price to use, even if I’m still under contract on a phone from the competition.

And give me quality over quantity. The flood of phones hitting the market makes them all look average, even if they all have great hardware. None of them stand out. They don’t have to follow Apple’s lead with only 1 new phone per year, but 6-10? That’s too much! Make three great phones each year and they will start to stand out more.

Get Rid of Crapware

“I don’t want most of the apps on my new phone!” That’s what you hear a lot of people say when they fire up their new Android phone. It’s a problem on my iPhone too.

The carriers put their junk on the phones because someone pays them to do it. The money they make from the companies costs them something – customer satisfaction. I rooted my Android phone to remove the crapware, among other reasons.

Of my five suggestions to make a carrier or manufacturer’s phones stand out in the crowd, which is most important to you?. What else would you suggest?