Google is widely expected to announce its next-generation Android 5.0 operating system this may alongside new Nexus hardware and the speculated Motorola X Phone smartphone.

The OS, which may colloquially be called Key Lime Pie to follow Jelly Bean alphabetically, will be a major OS revision and will come with notable changes.

So far, though, it’s unclear what Google will deliver as it’s been quiet on the leaks at this time, but here are 5 of my wishes for Android 5.0. 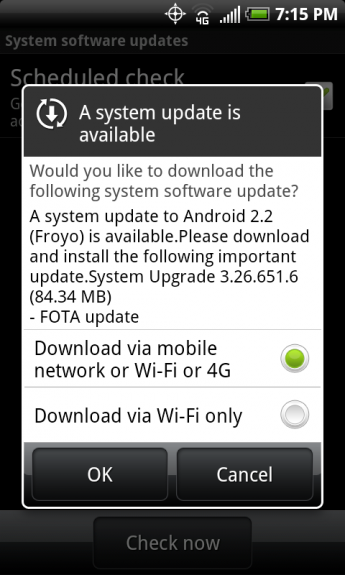 One of the huge flaws with the way software updates on mobile devices work is that the OS-maker, in this case Google, creates the update, then it is sent to the OEM manufacturer to implement, and then after that carriers must approve the update to ensure it doesn’t cause any problems or conflicts with the network. With major OS update revisions, it could even take upwards of a year, even for popular devices.

It’s not entirely Google’s fault, but Google now has strength and bargaining power and it could try do what Apple does by regaining control of its OS. Generally, major OS revisions–like jumping between Android 4.1 to Android 5.0–may require additional time and intervention given that many Android devices are heavily skinned and manufacturers will need time to make sure everything works as intended with HTC Sense or TouchWiz, for example. However, for security patches and smaller updates, Google should be able to patch those and send the codes out automatically, much like how Apple handles incremental iOS updates.

This would help consumers and ensure that devices are up to date and not vulnerable to hacks and attacks. 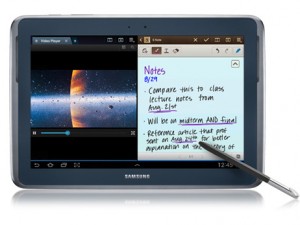 Kyocera broached this approach through hardware by creating a device with two screens that could display two different apps at the same time to allow users to write an email and watch a YouTube video simultaneously. More recently, Samsung took the software approach on larger screens–like phablets and tablets–with its Multi-Window interface that allows two re-sizable windows to be opened at the same time.

As devices gain more power, Google should really borrow a page from Samsung’s playbook and allow apps to run simultaneously side-by-side in Android 5.0.

Multitasking was circa Microsoft with cluttered windows and desktops, and single-tasking was so 2007 when the iPhone came out. It’s now 2013 and users can afford to manage their attention spans. I’d love to have more work-play balance, but only if work-play happened side-by-side at the same time–load me up some Google Play video in one window and I’ll respond to your emails in the next. 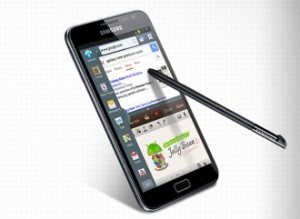 Android 3.0 addressed the tablet issue and really brought Android to the larger screen. However, since the debut of Honeycomb, clever Android manufacturers led by Samsung had created a hybrid tablet-phone category called the phablet that has a large, high resolution display but was still pocketable and easy enough to carry as a phone. These devices have screen sizes ranging between 5 and 6 inches and could easily be used as a tablet with a larger screen real estate.

Having a phablet-optimized ecosystem could potentially allow users to choose if they want their apps to run and open in either smartphone UI or a tablet UI. For example, running the official CNN news app on my Samsung Galaxy Note II right now looks like it’s a mobile WAP site designed in circa 2000. Allowing it to run in tablet mode on the 5.5-inch Galaxy Note 2’s display would make the app more rich and friendly and the screen real estate would not feel wasted.

As users become less reliant on the phone aspect of a device and more dependent on data and consuming information on the web, having the option to open apps and choose a tablet experience of a phone experience will definitely help the phablet category grow. With 1080p HD displays, multi-core CPUs, and ample RAM, apps will run fine and work fluidly in tablet UI if Google allows them. 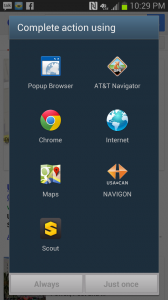 One thing that I would love to see throughout the entire OS is smart linking with apps. Android’s third-party library is growing and it would be nice when I tap a link in an email or webpage that’s specific to an app, the link would take me to an app.

For example, as it is currently, if I get an email from Groupon with the hottest deals of the day, when I click the link inside that email, Android directs me to the browser to Groupon’s mobile-optimized page regardless if I have the Groupon app installed. This is fine for most purposes, but if I decide to buy the Groupon deal, I’d either have to sign in on the browser and try to remember my login and password, or go through steps to find the app in my app tray, launch it, search for the deal, and then buy it there. Smart linking would definitely solve those problems.

Smart linking is already done for the most part when you click on an address or map. On the Note II, a pop-up asks if I want to use my third-party Navigon app, Scout, or Google Maps to get to my location. A YouTube video link gets the same smart linking treatment. This concept could apply to Facebook links, Google+, Twitter, LinkedIn, Yelp, OpenTable, LivingSocial, Bloomspot, and other apps.

5. All Androids Created Equal…Endowed by Their Creators With Non-Preferrential Treatment

As it stands right now, not all Androids are created equally. Whenever Google launches a new version of the Android operating system, it gives preferential treatment to its Nexus branded products. That means when Android 5.0 launches, the Nexus will be among the first to receive Android 5.0 and then other manufacturers will be given the source code after the launch to update their own devices or launch new devices with Android 5.0 out of the box. This process usually takes months and makes devices launching around the time of Android 5.0–around mid-May–look obsolete and old.

This is both unfair to manufacturers who are part of the ecosystem as they now have to compete with Google and also to consumers who may be straddled with purchasing a high-end device that will be stuck with a dated version of the OS for at least a few months.

When Google had begun developing Android 5.0, I would propose that the Android-maker should have worked with at least tier 1 manufacturers to lay down the specs and groundwork, much like what Microsoft does for Windows Phone. By illustrating minimum system requirements for high-end devices early, devices that launch just before Android 5.0–like the rumored HTC M7 and the Galaxy S4 for instance–could quickly become updatable to Android 5.0 within weeks of the OS’s debut. Devices that may launch in the weeks or months following Android 5.0 would be ready and would have undergone all the necessary carrier and OEM testing needed.

This would make Android a level playing field with no favorites. It’s a situation that Microsoft had largely adopted for Windows Phone and it’s something that BlackBerry may need to examine if it intends on licensing BlackBerry 10 to other manufacturers in the future. As Android had promised to be an open platform, Google really needs to do more to show that it is open, else it may risk losing partnerships. Samsung, the largest Android manufacturer, is eyeing Tizen to reduce reliance on Google, and HTC is finding a lot of newfound success with Windows Phone with the launch of the Windows Phone 8X by HTC.