6 Everyday Windows 10 Problems & How to Fix Them

First there were the Windows 10 upgrade problems. Since the operating system launched on July 29th, it seems like those have died down. Calls for fixes and reports of impossible upgrades are growing fewer by the day. It least, we’re running into less problems.

What’s replaced those Windows 10 upgrade problems now are everyday problems. Unlike with upgrading issues, the things that users are complaining about now aren’t directly related to getting the operating system running initially. These problems involve features in the operating system, niggles that Microsoft has yet to clean up or introduced intentionally for a more streamlined experience. 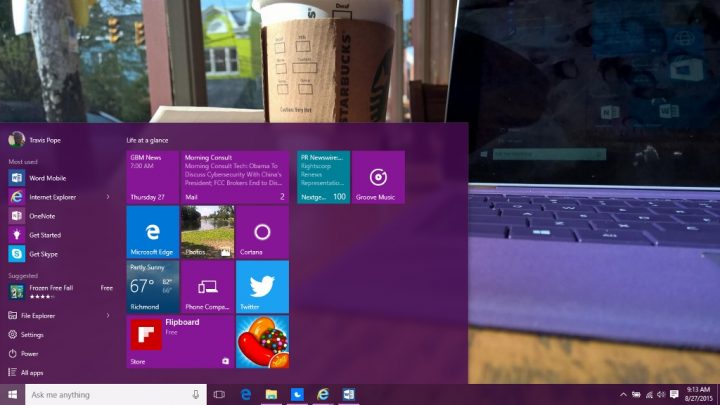 Read: 6 Windows 10 Upgrade Problems & How to Fix Them 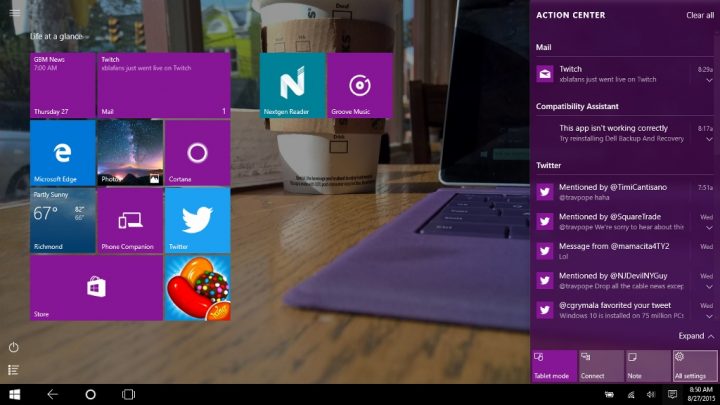 Windows 10 is similar to Windows 8 in that it’s made for multiple form factors. For all the compromises it’s made to its vision for Windows 8, Microsoft remains committed to creating one operating system that runs on notebooks, desktops tablets and smartphones.

One huge change from Windows 8.1 to Windows 10 involves the Taskbar. Windows 10 uses the Taskbar to hold the entire operating system together. It’s the primary way for users to interactive with Windows whether they have Tablet Mode on or not. Like with fullscreen apps, some users aren’t happy about this change either.

Nibbler Apps has a program that allows users to automatically hide the Taskbar when they’re in Tablet Mode, solving this problem entire. It’s usually a better idea to get used to a change instead of forcing things back to the way they used to be in previous versions of Windows, if you’re sure you don’t want the Taskbar in the Start Screen install the app here for $1.49. 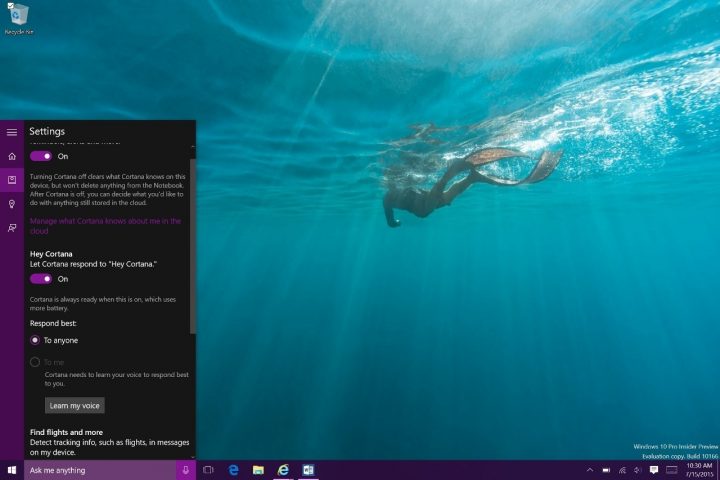 To interact with Cortana users can type commands and searches or perform them with their voice. The option to type is great, but it’s more convenient to just speak a command or search and have her carry it out. That is, until Cortana has issues hearing you. To fix this problem, you should go into Cortana’s notebook and add your speech patterns for better recognition.

Read: How to Use Hey Cortana in Windows 10

Tap or click on the Cortana icon in the Taskbar on the left. Tap or click on Notebook in the navigation on the left side of her window. And go to Settings. From here Cortana can learn your voice and you can turn on her always listening feature. 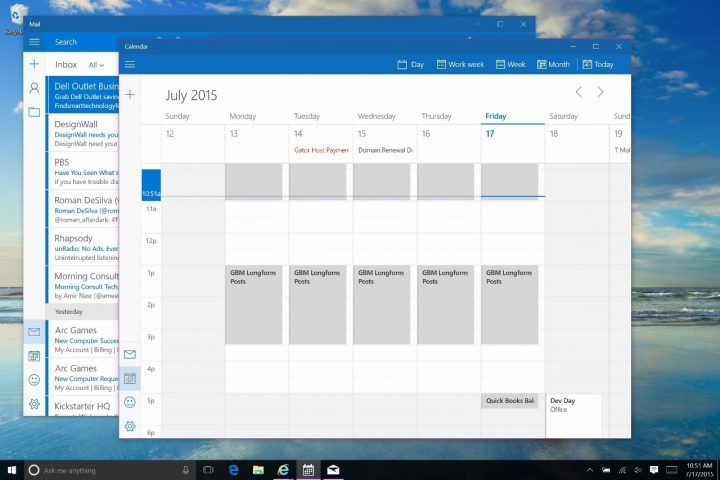 Microsoft’s integrated Mail and Calendar apps are miles better in Windows 10 than they were Windows 8.1. That being said, both of them have an account syncing issue in Windows 10 that can be frustrating. Wake your notebook, desktop, tablet or 2-in-1 from sleep and chances are that each of them will inform you that you need to fix your account, even though your user name and password hasn’t changed.

For now, the only thing you can do is click or tap on the Settings cog in the bottom left of the app and click or tap on Save for all of your accounts that are showing the error. Don’t bother changing any settings if they aren’t wrong. 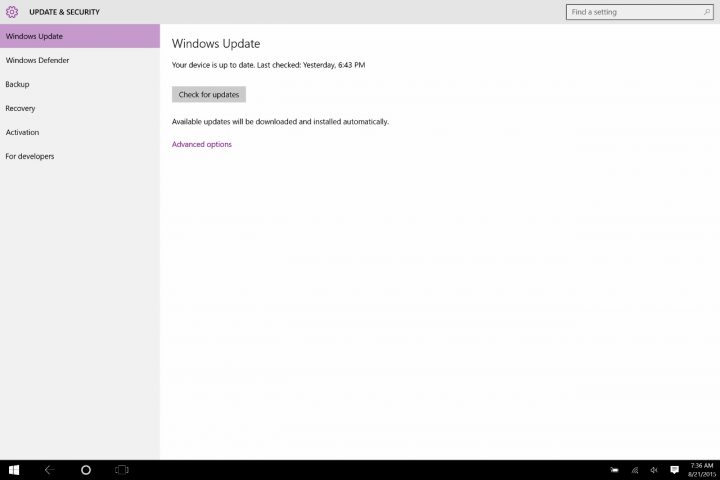 Microsoft has killed the option for users to pick and choose which updates they’d like to install. Having granular control was great, but some simply turned off all updates. This left their PCs insecure and dangerous. Microsoft isn’t budging on scheduling and installing updates for Windows 10, but it users can now turn off automatic app updates from the Windows Store.

Go to Settings then tap on Update & Recovery to make sure you have the latest Windows updates installed. Now go to the Windows Store and tap or click on the picture of you to the left of the search bar on the right. Select Settings from the menu and flip the update switch to off. 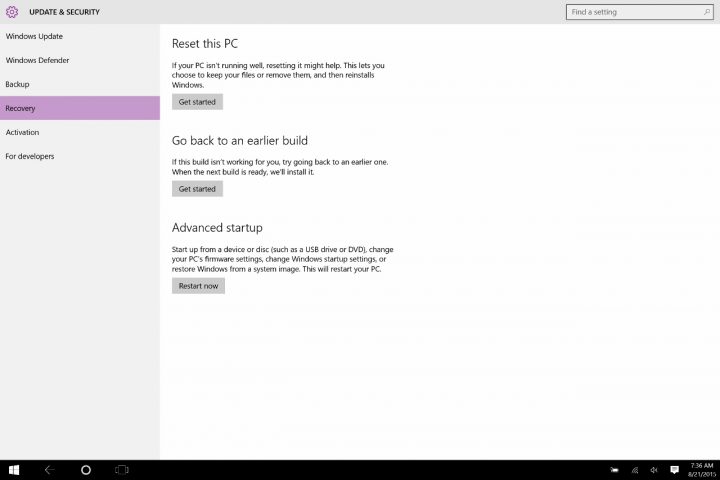 Eventually, Microsoft hopes that anyone that is eligible for the free Windows 10 upgrade will at least give it a try. The company is also being realistic about its chances of convincing everyone to upgrade. With that in mind, there’s a toggle to let Windows 7 and Windows 8 users go back to their old operating system whenever they are ready.

Read: How to Go Back to Windows 7 and Windows 8 from Windows 10

Go to the Settings app. Then System, then Update and Recovery. Finally, click on Recovery and look for a button that allows you to restore to Windows 8.1 or Windows 7.

Good luck with your free Windows 10 upgrade. GottaBeMobile will continue to add new problems and fixes to this last as the appear. If you have a problem or fix to share, drop into the comments.