Pressed for an answer in regards to when the 8GB Nexus 4 might return to the Google Play Store, Google remained mum telling Gotta Be Mobile that it currently doesn’t have any timing to share as far as the return of the 8GB model is concerned. The company says that customers, in the meantime, can order the 16GB Nexus 4 model that saw its shipping times decrease by a week today. 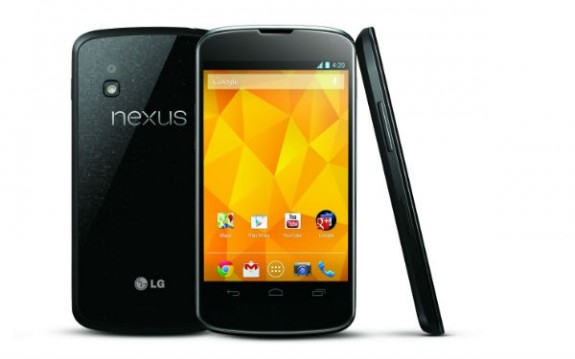 At this point, there is no telling when 8GB Nexus 4 stock might return.

Google’s silence on the matter means that those who weren’t able to place an order for the 8GB Nexus 4 remain in the dark about the device’s upcoming availability, which given the device’s previous lengthy shipping times, might be far away.

Before the Nexus 4 was listed as “Sold Out,” Google was listing it as shipping out in nine to ten weeks. That meant that those ordering the device would not see the device arrive until well into next year. It’s also not clear if Google will satisfy all of those Nexus 4 backorders before placing the device up for sale again or if the device will reemerge on the Google Play Store with lengthy shipping times.

Google’s latest Nexus smartphone has been backordered since the end of November when it went on sale for a second time following an initial sell out on the first day it went on sale. And while the first sell out took a few hours, the second time the phone came around, it sold out within minutes leaving angry customers with lengthy waits and others without an order at all.

The demand for the Nexus 4 has been so big that online retailers like eBay have taken iPhone-like measures to stop abuse from those selling the Nexus 4. One of the main attractions of the Nexus 4 is its cheap off-contract price, Google sells the device for $299 for the 8GB and $349 for the 16GB, but those looking to buy off of eBay will encounter prices that are much higher.