Labor Day has come and gone here in the US. Most recognize that passage as the end of summer here in the US. We’re also between political conventions. But another season is gearing up. That’s the “get your gadgets ready for the great holiday gadget shopping extravaganza” when companies try to take your money for the latest and greatest. Very quickly now we’ll start to see Christmas decorations in malls and stores (if we haven’t already). I call that the Christmas Creep. But, many gadget geeks I know don’t wait for Christmas to pick up new gear. Or maybe that’s just the excuse I use when I find myself making purchases while the leaves are beginning to turn. Rest assured that as sure as those leaves do explode into color, those that make and sell shiny gadgets want your attention and that competition kicks off in earnest in the next two weeks with more announcements than you can shake a rake at. This year looks like I’ll be putting a severe dent in the old bank account with what I think are some exciting possibilities becoming available.  So, here’s my fall gadget shopping list. 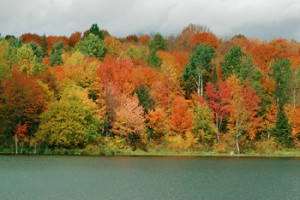 Windows RT Tablet. Yep. I’ll be picking one of these up as soon as they become available. I know many have said they will be great and even more have said they will fail. I’m guessing the majority are on the fence. But I want to see for myself what Microsoft has come up with. I’m also very interested in seeing what Windows 8 Pro machines will yield from Microsoft and third parties. But, based on history, I’ll probably wait for the next generation of those machines before I put down some bucks on one of those. I don’t think we’ll see Microsoft’s entry here until after the first of the year. It’s not that I’m ignoring what other vendors may do, but there’s this nagging feeling that the Tablet market with Windows 8 Pro will take some shaking out. We’ll find out a lot more come October 26.

New iPhone. Whatever it will be called, I’ll be following my pattern with a new iPhone once it comes out in a few weeks. Nothing against Android phones, but I like where I am in my life with an iPhone and will continue down that path for the time being. That said, I’ll be looking seriously at next year’s Android phones to see how things advance with that platform. Meanwhile I’ll be content to let the Nexus 7 Tablet be my Android device of choice. We’ll know more on September 12.

iPad Mini. Sure, I’ll pick one up, assuming it arrives this fall. The smaller form factor Tablets are for real and I can see myself enjoying that experience given my investment in the iOS ecosystem. Does that mean I’ll put aside the Nexus 7? Nope. But then I’m a geek who loves Tablets. Some think we’ll see this announced on September 12. I vote for an October announcement.

Kindle Fire. Yep, I’ll be picking up one of these as well. I have an original Kindle Fire and liked it quite a bit. Still do, although I use it far less given that I now own a Nexus 7. My interest here is to see what Amazon is going to do more than it is a desire to own another device. Call it a curiosity purchase. Look for announcement from Amazon later this week.

Yes, these are devices from the big players. I’m sure I’ll see another device or two that will be tempting, but I’ll probably stick with the list above.