Each new year brings the promise of new hope, new beginnings, new challenges, and new ideas. Occasionally each new year brings more of the same without changes as well. As we begin 2014 there are many things we’re already looking forward to in mobile tech (and a few we might be dreading.) But that doesn’t stop this mobile geek from having a wish list of things he’d like to see in the new year. 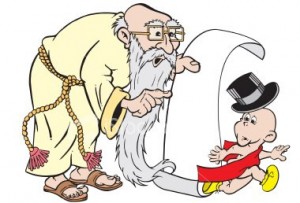 Don’t think of this as a list of gadgets, services, Apps, or other tangible things. There will be plenty of those. Instead this is a list of ideas and concepts I’d like to see take hold, and possibly a few things I’d like to see some new thinking about and around. Unfortunately, some of these wish list items have appeared in posts in year’s past. I guess that means that no one is paying attention and/or I’m just wishing in the wind.

I’d like to see Google expend resources on making Gmail always work before it continues to add new features. Gmail is the best email solution available but it is also proving unreliable at the most inopportune moments. New features are great. Stability and reliability would be more welcome.

Given that our mobile overlords collect so much data about us every second we’re on line, I’d like to see warnings about age restricted content disappear from my screen. I’d also like to see App stores quit recommending Apps I’ve just downloaded and other Internet retailers recommending things I’ve just bought. I mean they tell us they know who we are. But do they really?

Social networks like Twitter and Facebook are great things. But they keep changing, morphing, and evolving. This will only increase as the pressure from shareholders increases on these now public companies. That’s all well and good. But, let’s give users an easy way to quit and start over when the service changes to something that we never signed on for to begin with. We helped build the value. We should be able to walk away when we want to on our terms, not yours.

2014 promises to be a year about wearable gadgets. Great. Bring ’em on. Let’s get that party really started so it can wrap up quickly as the fad that it will turn out to be. I’ve had the pleasure of spending time in major urban and suburban areas in the Midwest and on the East coast this fall and early winter. I haven’t seen one user of a Smart Watch or Google Glass in the wild yet. Granted it is early. So, when it comes to wearables, call me in 2015 when we’ll see that this exciting, expensive, and goofy looking new trend will begin to fade.

I’d like to see us stop getting so excited every time someone mentions Microsoft Office for the iPad. There are too many good solutions that do the same thing for the majority of users. Apple is doing just fine without it. Microsoft could probably use the sales, but doesn’t really need them. Office for the iPad is a holy grail that won’t hold wine and we need to stop whining about it not being available.

Microsoft is about to go through big changes at the top. I’d like to see those changes include a new philosophy and strategy about marketing.

Apple still doesn’t get the Cloud. It needs to figure that out sooner rather than later. Unless it wants to remain the butt of jokes about not getting the Cloud.

Security and privacy concerns will be big topics of conversation in 2014. Calls for transparency will increase and efforts will be made along those fronts. I’d like to see this discussion have some real teeth. It won’t. And that’s a sad thing.

I’d like to see the silly debate about the value of Chromebooks come to an end. Consumers like them. Maybe not in giant numbers just yet, but the number that matters is price point. Like Netbooks they will upset the status quo, then there will be an inevitable surrender as every company makes one. Then they will begin to fade. But as for now, those who think Chromebooks have no value can sit on the porch and whine with those who think we need Office for the iPad.

Auto playing video is coming back. Let’s kill it before it does. Any company that thinks this is a good idea (Facebook) is out of good ideas.

I say this every year with no result. The media should force CEOs to unbox and set up their new devices, gadgets, and services live. This would end insane and sometime dangerous packaging, stupid set up instructions, and the careers of some CEOs and their underlings.

We get that we’re all living in a beta world these days. Products are released when companies know they are not ready. So do consumers. Here’s the wish. You can’t charge us full value until you and we agree the product is finished and performs as advertised.

Some of us get that we don’t own streaming content, we merely rent it and it can be recalled or cut off by the content owners. I’d like to see a big disclaimer that tells all consumers this every time they pay a fee for that streaming content.

I would like to see publications who publish advertising trends report on the number of skipped ads. That has to be a valuable metric to somebody.

And as always, here’s hoping for whirled peas!