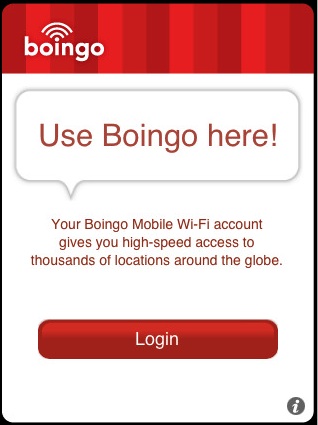 Boingo Wireless is a great service providing wi-fi access to thousands of hotspots and airports around the country.  It just works.  I have used it many times when I travel and have been thankful I coughed up the extra few dollars.  People connect their laptops, netbooks, iPods and iPhones using Boingo every day.

Well, according to a post over at MediaBistro, the number one connected device on Boingo’s network is the iPhone, the number two…is the iPad.

Apple’s iPhone is the #1 device found using Boingo’s wireless service in airports. It accounts for almost 90% of of non-notebook devices using Boingo’s WiFi. But, look what turned up as the #2 device:

The iPad accounted for 5.4% of non-notebook device connections. And, check out what came in after it.

So, the distribution of device WiFi use on Boingo’s airport network looks like this:

For a device that has been out for less than a week, all I can say is damn.  And to Boingo’s infrastructure team, time to do a network upgrade!