The Acer Iconia A700 is the Android tablet for movie lovers thanks to a beautiful 1080P HD display and Dolby speakers.

The Iconia A700 doesn’t live up to the build and design of the iPad, but the display comes close to the New iPad’s Retina Display.

Unfortunately, pushing all those pixels degrades performance, even with a NVIDIA Tegra 3 processor.

The Iconia A700 features a dimpled soft to the touch back, which wraps around the top and bottom of the device with nice curves. The curved edges don’t extend to the left and right sides, but the Iconia A700 is still nice to hold in landscape mode, which is good since that’s how I use it most often.

The back of the tablet is a dimpled, soft finish.

The plastic construction feels sturdy,with some heft, but doesn’t offer the build quality of the iPad’s aluminum rear shell.

Two speakers hug opposite sides of the bottom of the tablet, facing the back of the tablet. Speaker placement is good, so I didn’t find myself covering both speakers no matter how I hold the tablet.

On the top curved edge are volume buttons and an orientation lock. The power button sits on the left side near a headphone jack. The plastic buttons are easy to find and press. The right side of the device is home to a Micro HDMI port and hides a MicroSD slot behind a small cover. The charging and data port sits at the bottom of the tablet.

Acer includes a Micro USB to USB OTG adapter which can connect an Xbox 360 controller to the tablet for gaming. I was not able to mount a thumb drive with the cable, which may require rooting the Iconia A700.

The Iconia A700’s 10-inch display looks amazing, making the A700 a great pick for tablet shoppers looking for a portable movie machine.

Watching HD movies from Google Play and HD TV shows is a pleasant experience with great colors, though viewing angles suffer and picture quality degrades when off center. I’ve stayed up too late watching movies and TV shows on the Iconia A700 because the screen looks great.

The display delivers sharp text, though not as crisp as on the New iPad. That said, it’s tough to see pixels unless I look for them.

When it comes down to using the tablet, the Iconia A700 isn’t able to live up to the beautiful display. The tablet struggles to launch apps, the app drawer and switch between apps without a delay. Sometimes this isn’t noticeable, but too often it takes half a second or longer for the action to take place.

A picky touch screen makes this problem worse. Occasionally taps on the touch screen wouldn’t register, leaving me to wonder if the tablet missed my tap or was just slow to respond.

Two software updates arrived while I was using the device, but the problems still persist. The display is likely at the root of this problem, as it requires more power to handle the huge resolution.

The Iconia A700 begs for an update to Jelly Bean if only for the Project Butter enhancements that make using the Nexus 7 a joy. In Android 4.1, the latest version of Android, Project Butter delivers smooth performance, shown in the video demo below.

The Iconia A700 battery lasts long enough to make it through a full day of use.

Plan on 8 hours of life on an average day, close to Acer’s claimed 10 hours of battery life without turning down brightness or killing apps.

The Iconia A700 holds a charge for days of standby, so it wasn’t dead when I ran out the door with it after a few days using another gadget.

The Iconia A700 features a rear facing camera, but don’t plan on using it for much more than capturing notes of paper or a whiteboard.

No flash, no frills camera.

There is no flash for the rear facing camera, so low light performance is poor.

Don’t expect to take print quality photos with this camera, but photos and videos look decent for sharing online.

The front facing camera is sufficient for video chats. 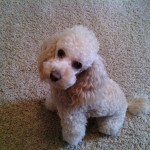 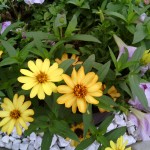 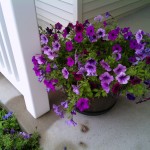 Acer includes a lot of software off the bat, most of which offers no real value.

The Iconia A700 runs Android 4.0.4 with a few Acer tweaks. The most noticeable is the ring accessible from the bottom of the hoe screen. This offers fast access to apps and recent webpages

While the idea is interesting, and the ring is customizable, it doesn’t add much functionality to Ice Cream Sandwich.

The tablet features 32GB of on board storage, and can hold more with the Micro SD card. This is more than enough for taking a few movies on the go, even after installing all my Android apps.

The great looking display makes the Iconia A700 a tempting tablet, but performance issues take away from the overall value.

As a tablet primarily used to watch movies and TV shows with general use thrown in it is an ok tablet, but is tough to recommend given the fast performance of the $200 Nexus 7 and the $400 iPad 2.

If you want to watch movies on the HD 10-inch display and need the added functionality of a Micro HDMI port and USB OTG connectivity for gaming with a corded controller, then the Iconia A700 is worth a closer look.

The back of the tablet is a dimpled, soft finish.

No flash, no frills camera.