I just got ahold of an Acer Iconia Tab A500 tablet running Android’s Honeycomb 3.0 operating system. If you already own an Android smartphone, want a tablet that supports external storage, doesn’t need a dongle to connect to a HDTV or perhaps just like the open nature of the Android marketplace; the Acer Iconia Tab A500 is worth a look. 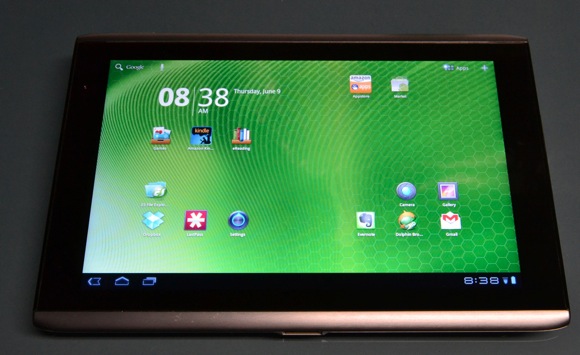 I am an iPad user who has owned both of Apple’s tablets. Since iPad leads this segment of the mobile market it is natural to make comparisons.

The Acer Iconia Tab A500-10S16u is a 10.1″ Android Tablet running Honeycomb 3.0 with a 3.1 update rumored to be coming by the end of June. It comes with an NVIDIA Tegra 2 dual-core processor and a 16GB on board flash storage. A micro-SD card slot allows up to 32GB  of additional storage capacity. There’s also a built-in USB port. The display is bright and has a 1280×800 pixel resolution. The Acer Iconia Tab A500 retails for $449, which is $50 less than the base iPad 2.

I’ve only had the Iconia Tab A500 for a few days now. For the first 24 hours I was very impressed. With only a couple of apps open, the performance was smooth. Swiping between screens was just as fast as the iPad and everything worked really well. The Iconia Tab A500 is fast and fluid thanks to the NVIDIA Tegra 2 dual-core processor. Need for Speed, a racing game with high-end graphics, looked and performed great.

After the first couple of days something happened. As I began to load it up with apps, performance took a hit. At first I thought it was the tablet that was failing me, but I realized that performance began to slow down after I rooted the device and installed an app called Widget Locker, This is an app that lets you put widgets and apps on the unlock screen. I’ve used the app on my HTC Thunderbolt without any noticeable problems. On the Acer Iconia Tab it seemed to bog things down. I chose to remove the app and performance returned to normal.

The A500 does have a little trouble handling some of the DVD rips that I threw at it, notably there was some occasional stuttering. Playing video from a drive connected to the USB port offered the same quality as playing the video internally. The videos I tested were ripped from a DVD using Handbrake and they play smoothly on my computer, through my Roku box and on my iPad 2. The occasional stuttering was a little annoying. If you expect the all video formats to be smooth 100% of the time, you may be disappointed.

Streaming YouTube videos played fluidly without any trouble at all on both my home Wi-Fi network and when tethered to my HTC Thunderbolt, which runs on Verizon’s network.

When I hold the Iconia Tab in my hands I am reminded of the first iPad, which got heavy after prolonged use. The A500 is noticeably thicker than the iPad 2 (see images below) and feels much heavier, even though the weight difference is only a few ounces. 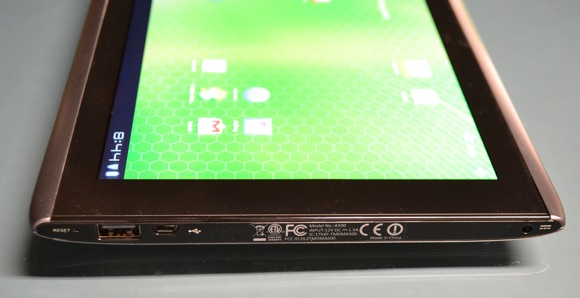 A big surprise was how much I enjoyed using the A500 as a camera. In testing the tablet’s camera I went for a walk and took some nature shots and really liked having the large screen for composing shots. The wide bezel makes it easy to grab with both hands and having the camera button of the camera app so close to the edge makes it much easier to use as a camera than the iPad 2. If the Iconia lens and sensor was as good as the iPhone 4’s, I might be tempted to use it more often for snapshots. 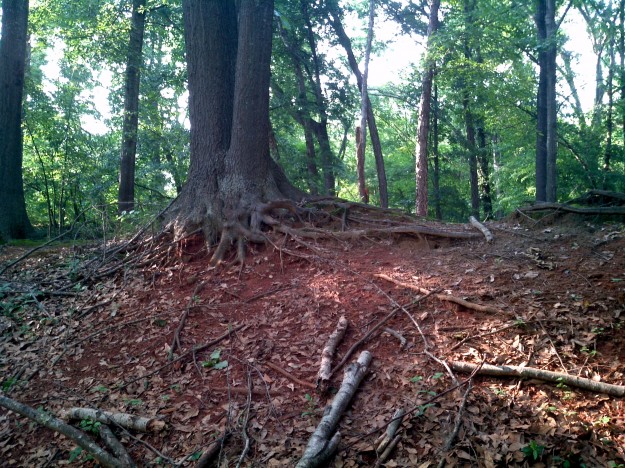 While playing videos the widescreen format of the A500 lets you see the whole movie without thick black lines above and below the video. If it were not for the previously mentioned video performance issues, using the tablet for video would be very satisfying. That leads to another issue.

Android tablets still suffer from one big weakness — a lack of tablet-specific apps that are designed to work well on the larger screens. The Android Tablet app problem is getting better, and I hope it will get better thanks to the new 10.1″ Samsung Galaxy Tabs Google gave to app developers at the Google I/O conference. While this problem may disappear in a few months many users won’t want to drop $450 on a new tablet and then wait for apps. 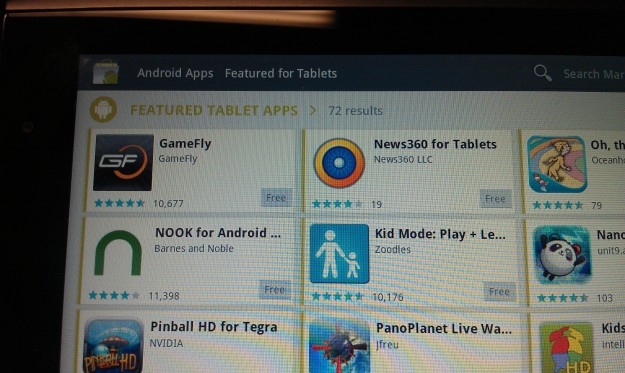 There are a number of good Android Tablet apps that I have been using on the Iconia Tab A500.

I miss the video apps, like Hulu and Netflix, which are commonplace on the iPad, but nowhere to be found on Honeycomb tablets.

Android smartphone apps will also run on the Iconia Tab A500, just as iPhone apps run on the iPad. While the experience varies from app to app, the scaling is much nicer with Android  devices than on the iPad. One example is the Evernote app, which isn’t optimized for the tablet, but still works and looks nice on the large screen.

Like the iPad, the sound on the Acer Iconia Tab A500 is mediocre. The A500 speakers are louder than the iPad, but the sound quality suffers from the placement on the back of the tablet. The sound is a little muffled. It was also inconsistent. As I mentioned in the video above, the audio from the game Need for Speed: Shift is plenty loud enough, but audio from some other sources are too soft. When you turn up the sound to compensate, lower quality speakers amplify the poor quality. In the case of the A500 that meant you just end up with louder, muffled sound. 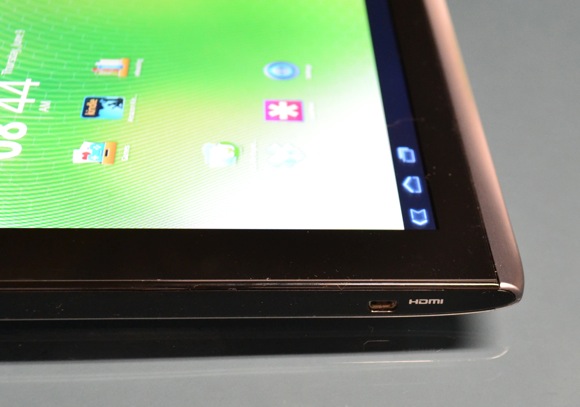 If you want to be able to hook up an external hard drive or flash drive to your tablet, the Acer Iconia Tab A500 has you covered with a built-in USB 2.0 port that lets you transfer or access files. It is worth noting that hard drives will need to be connected to an external power source to be used with the A500 because the USB port doesn’t have enough juice to power a larger external drive.

The A500 also has a mini-HDMI out port for video out on a projector or external monitor/TV. It is nice to have a HDMI port built in, rather than available with a $30 dongle. There is also a port for a docking station and a micro-USB port for hooking the A500 up to a computer or charging it with USB charging cables.

I think Acer could have a winner despite some of the weaknesses. I wouldn’t give up my iPad for the A500, but I recognize there are a lot people who are not interested in buying any Apple products. The A500 is a good alternative to the iPad for them.