Acer isn’t following in Microsoft’s footsteps with a tablet that lets users get a notebook experience with an add-on keyboard. Instead, the company is betting on a transforming Aspire R14 notebook and a slew of other machines to take on the MacBook, iPad and Microsoft’s on Windows devices.

Acer announced a slew of new machines and discounted offerings all ready for Windows 10 early this morning. The Acer Aspire R 14 is a notebook that has a flippable display. Other machines include an Acer Aspire Z all-in-one that lets users go mobile with an enormous 17-inch display and the Aspire Switch 11 V, which lets users detach their screen from its keyboard. Acer joins a slew of other companies all announcing new devices for the holidays built specifically for Microsoft’s Windows 10 operating system. 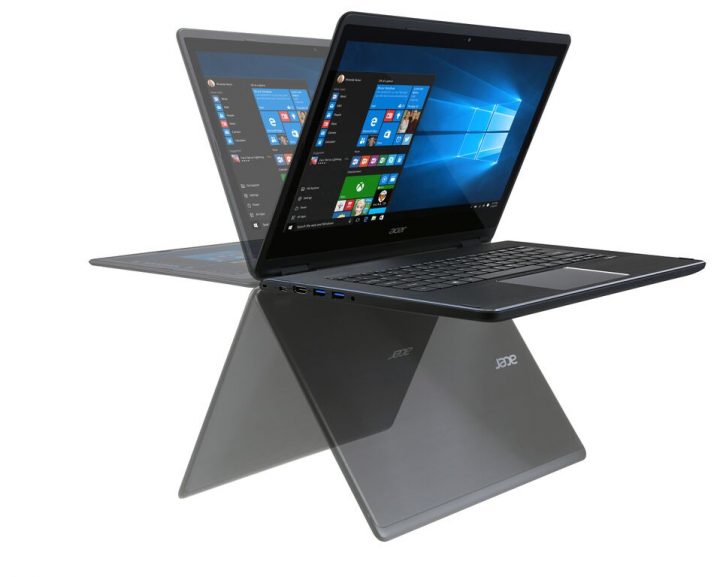 Whereas most Windows 2-in-1s are essentially tablets with an add-on keyboard, the Acer Aspire R 14 is first a notebook PC. Boasting 9 hours of battery life, the Aspire R 14 includes an Intel Core i7 processor, up to 8GB of RAM and a 14-inch 1920 x 1080p display. The whole notebook runs Microsoft’s Windows 10 Home operating system. One thing the Acer Aspire R 14 has that the Surface Pro 4 doesn’t is a USB Type C port for transferring files and connecting to other devices. Acer plans to begin selling the Acer Spire R in North America sometime this month for just $699, $200 less than the Surface Pro 4 and $800 less than the Surface Book, Microsoft’s new high-end notebook that has a detachable screen instead of a special hinge.

For those that crave a detachable screen Lenovo has an answer for that too. It’s called the Acer Switch 11 V. Acer is discounting the 11-inch Windows 2-in-1 until October 18th at the Acer Store. Normally, this device would sell for $649.99.

For users who like the idea of a Windows 2-in-1 but need more screen real estate there’s the Acer Aspire Z All-in-One Z3-700. This all-in-one is aimed primarily at Desktop users who want to be to take their experience with them for an hour or two. It features a 17-inch 1080p touchscreen display with a kickstand that lets users prop it up just about anywhere except their lap. Configures come with up to  256GB SSD for storage and 8GB of RAM. Acer says that the 599 euros Aspire X All-in-One can last up to 5 hours away from a power port. Acer plans to begin selling this machine by the end of the year in Europe. 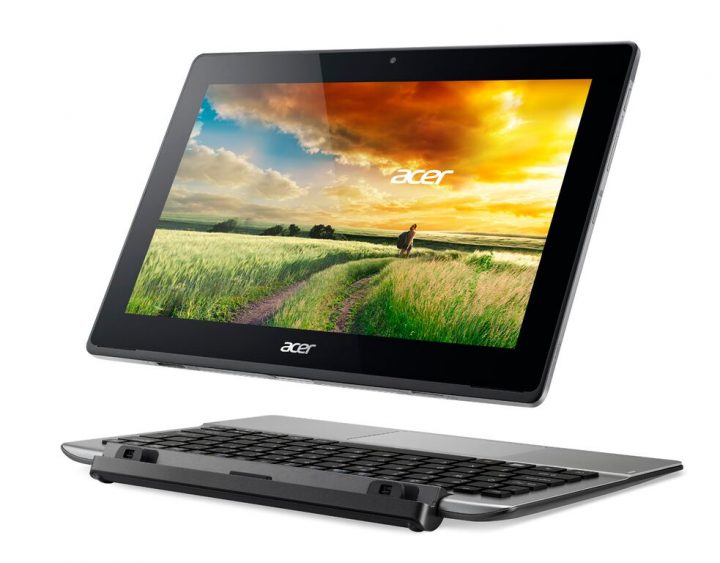 It’s worth noting that the Acer Store is also slashing the price of the Acer Aspire R 13 with flappable display by $200 to $1299. This machine is also perfect for users who want a Windows 2-in-1 but need the body of a notebook PC to stay productive and offer more key travel and a full-size keyboard. The Aspire V3-574TG-749V is on sale for $799.

Normally, it’d cost $899. It’s a pretty study notebook, but users should note that it uses a last-generation Intel Core i7 processor instead of this year’s models. Intel maintains that this year’s processors offer better performance and create less heat than previous generations. 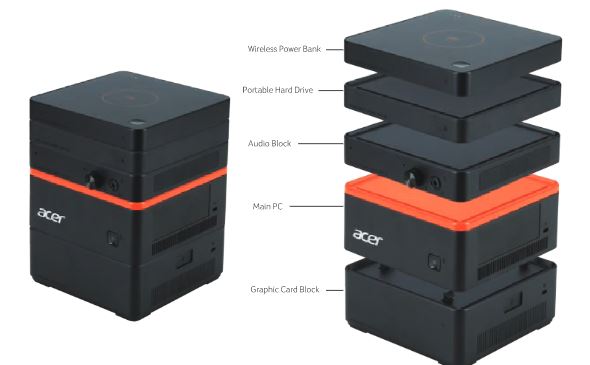 Acer says it has new Acer Predator gaming Desktops, notebooks and displays coming during the end of the year and the first quarter of 2016. These devices and accessories are specifically aimed at hard-core gamers who need the best performance they can possibly get. The company seems to be aggressively going after any and every Windows 10 form factor its engineers can dream up. Besides the Windows 10 Acer M330 Windows Phone coming to some markets, there’s the Acer Revo Build, a Desktop PC with stackable components that users can add onto. Acer doesn’t provide a lot of guidance on when we can expect the M330 Windows Phone or Revo Build to arrive.