In addition to its hardware announcements, Acer also introduced its cloud service called AcerCloud which will allow PC users, including those of you that also own Android and Windows Phone smartphones, to access their content across devices when on-the-go.

The service will be powered by Acer’s Always Connect technology which will allow users to obtain data, even when the device is in sleep-mode.

It also announced that AcerCloud will be a free service, available to anyone who buys an Asus-made PC. 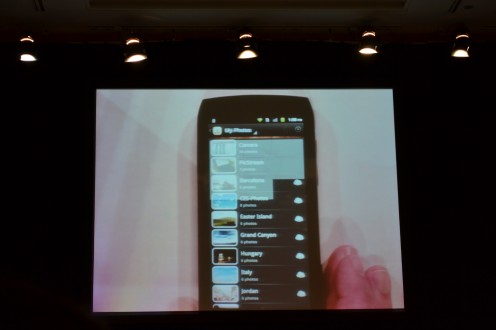 AcerCloud’s core consists of three main services which include PicStream, AcerCloud Docs and clear.fi Media, which, as you may have guessed, focus on photos, documents and media, respectively.

PicStream will allow you to use their Android or Windows Phone smartphone to snap pictures and easily share them across devices. AcerCloud will also back up the photos permanently on the PC, and for 30 days in the cloud and on your smartphone. You’ll also be able to stream said photos using clear.fi.

AcerCloud Docs works much in the same way but instead of photos, your documents will be available across your devices and will be backed up permanently through the cloud on your PC and for 30 days on your smartphone.

Lastly, the clear.fi application will allow you to access your multimedia whenever you so desire. You’ll also be able to download your content for easy, streamlined offline viewing.

At the outset, AcerCloud will only be available for Android users with an Acer PC. The company iterated its plans to bring it to Windows Phone, but did not specify when that would take place.

As for the service’s release, it will be available starting in Q2 for those living in China and North America with a larger, worldwide release slated for Q4.