After along and acrimonious battle with Apple in trying to squeeze its Flash player, which is not only good for annoying Flash ads, but also for creating interactive websites and content, onto the iOS platform, Adobe had found a supporter and home in Android and RIM’s BlackBerry Tablet OS with the PlayBook. Now, it seems that despite the victory, which can be viewed as short lived, Adobe is abandoning its Flash on mobile efforts as the company tries to evolve itself with a new strategy, a new plan, and a new direction. 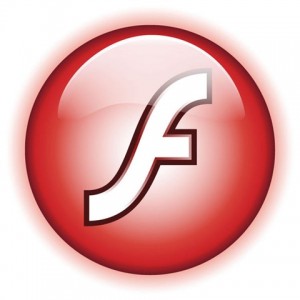 Abandoning its proprietary Flash support and embracing HTML 5 moving forward is just one of many steps that the Creative Suite-maker, which includes titles such as Adobe Photoshop, is hoping to make as part of a broad and massive restructuring plan. That plan will see the elimination of 700 jobs, mostly in North America, as the software-maker changes its focus from software to research and marketing investments in digital strategy for the next fiscal year.

According to ZDNet, Adobe will stop ‘development on Flash Player for browsers on mobile,’ but will continue to support its Flash Player for those released platforms through bug and critical security fixes. Currently, on the Android platform, Adobe’s Flash Player is up to version 11 and is available either pre-loaded on newer phones, as an upgrade, or as an install via a free download through Android Market. Adobe Flash support had been a highly touted feature of Android as Google and Android device-makers try to differentiate themselves from Apple’s and iOS’s restrictive environments. Google prominently highlighted Flash support with its Honeycomb release for tablet and Samsung, which embraced Honeycomb on its Galaxy Tab tablets, made Adobe Flash a stand-out feature for its Galaxy Tab 10.1 campaign.

According to ZDNet, Adobe will make this forthcoming announcement:

Our future work with Flash on mobile devices will be focused on enabling Flash developers to package native apps with Adobe AIR for all the major app stores. We will no longer adapt Flash Player for mobile devices to new browser, OS version or device configurations. Some of our source code licensees may opt to continue working on and releasing their own implementations. We will continue to support the current Android and PlayBook configurations with critical bug fixes and security updates.

While Adobe’s move is strategic as the industry and the web development community is standardizing around the more open HTML 5 standard, there’s still a lot of content out there that requires Flash. I know I watch a bit of Flash content while mobile, catching up on some of my favorite TV shows streaming them from network TV’s websites on my phone over a fast 4G connection, such as CBS’s The Big Bang Theory, which requires Flash Player to play.
Related Topics:AdobeAdobe Flash 11AndroidblackberryBlackBerry Tablet OSbrowserFlashFlash MobileHoneycombHTML 5HTML5PlayBook