Adobe wants to help your favorite magazine publisher make their content more media rich and interactive on smartphones and tablets.

Publishers create their content in Adobe InDesign CS6, recently updated, and push them out to apps on most platforms. The updates should make it easier to create great looking magazines on the iPad, iPhone and now the Kindle Fire and other Android tablets and phones.

So why should you care? It means more magazines on more devices. 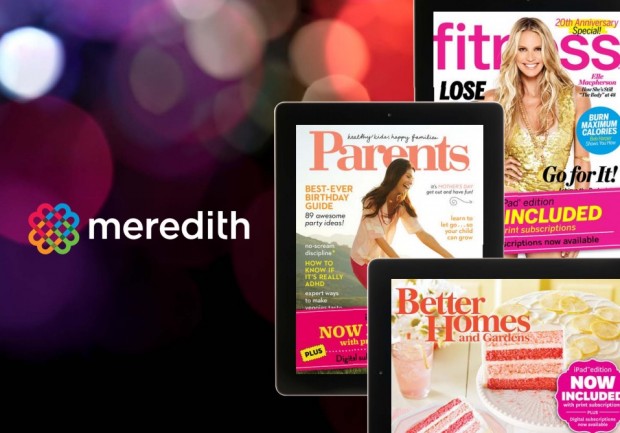 For example, Meredith announced they would start using Adobe Digital Publishing Suite to bring their magazines to the various app stores. Meredith publishes Fitness, Parents and Better Homes and Gardens. You can read those magazines on your iPad, Kindle Fire, Android Tablet, iPhone and other Android devices now because they’re using this new Digital Publishing Suite.

With only a few exceptions, digital magazines don’t look very good, especially in the Amazon App and on the Kindle Fire. Most publishers just push a PDF out so you see a digital copy of the print magazine. You can’t tap links and references to videos need you to open a browser or the YouTube app instead of just showing the video in the magazine. To see a better way, get the Wired magazine app on iOS or Android and see the great interactive presentation of that publication. 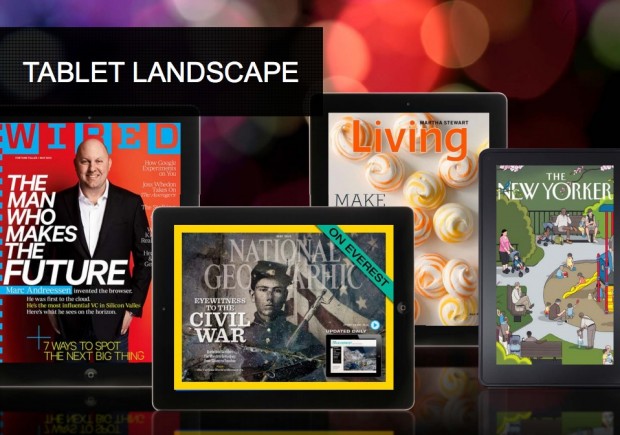 Adobe announced something called Alternate Layout, a new tool that allows publishers to design magazines that look great on any size screen, from the 3.5-inch iPhone to the 10-inch iPad and Samsung Galaxy Tab without making separate versions for each device. Once set up, this alternate layout will work with future editions of the magazine, and even supports portrait and landscape mode.

This will save publishers time and money, making it possible to publish a larger number of magazines with the great content.

The New Yorker, a Condé Nast publication, will be the first to show what the magazine might look like in the new Content Viewer at Adobe’s Digital Publishing Summit in New York.

Two technologies make the magazines more interactive and bring the same look and feel from the print edition to these interactive versions. Publishers can use HTML 5 to transform those flat and boring print copy into media rich experiences that look like a modern website.

For an example of what you can do in a new HTML 5 magazine app, download the Fast Company app and look at the article about the changes in how Steve Jobs presented himself over the years. 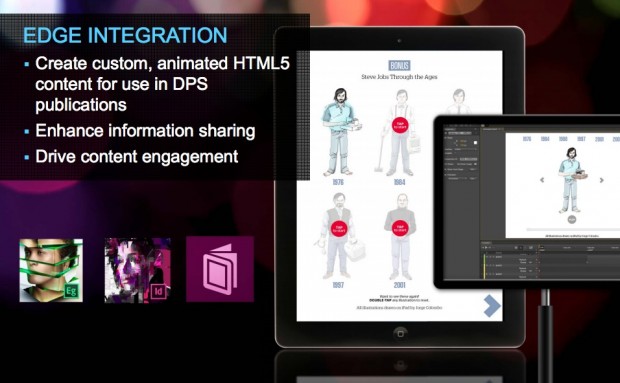 The suite also brings the same attractive fonts used in the print edition to the digital version of popular magazines. While it’s easy to dismiss fonts, they define the look and style of the publication.

Did you know that a publisher must pay for the digital rights to a font each time they included one in the digital version of their magazine? Me neither. Thanks to new Extended Font Rights, the publisher can use all the fonts in Adobe Type Library without paying for each time they use a font.

If a publisher wants to let readers share articles via Twitter and Facebook, they can using tools in the new Digital Publishing Suite. Adobe baked in the ability to limit the times people can read a shared article before they must pay. This protects the rights of the publisher.

I asked Adobe if this meant an average person could create an awesome and feature rich magazine app. They’d happily sell the suite to anyone, but the version that will soon come with Adobe Creative Cloud subscription service won’t let users make a typical magazine app.

You can create one magazine, but you will have to upgrade to the higher cost versions to create a single app that lets you create subscriptions and offer more than one magazine. I could create a May edition of Kevin’s Awesome magazine, but I can’t offer the June version without making a whole new app unless I upgrade.

To get prices, you will have to contact Adobe for a “consultation” at the link below.