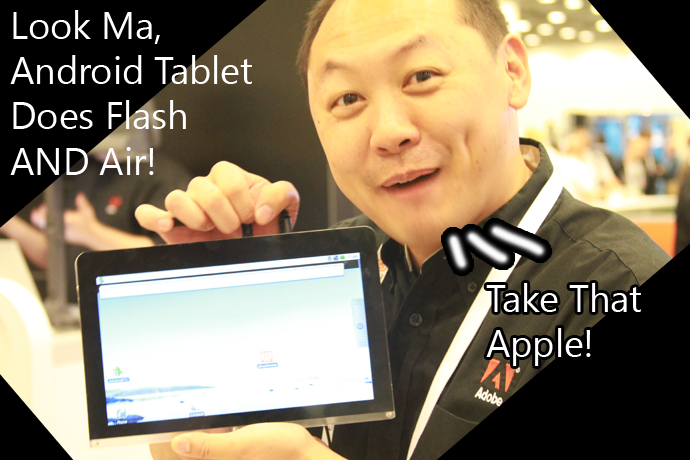 I guess we knew this was coming. Adobe certainly isn’t laying down and rolling over in the wake of Apple’s anti-Flash campaign, even though it appears that quite a few content publishers are shifting gears away from Adobe’s product.

At the Web 2.o Conference in San Francisco, Adobe was showing off prototype Tablets running both Flash and Air on an Android OS. Max of ZedoMax shot some video and took a slew of pictures showing this off. Max is gushing about what he’s seen saying that Flash runs “flawlessly.” Perhaps he’s gushing a bit too much, but at least he’s excited. You can catch all the videos and pictures here.