Near field communications, or NFC, technology is gaining momentum as digital wallet efforts are now rolling out, but the technology also promises to replace your keys in addition to your wallet in a converged digital world. 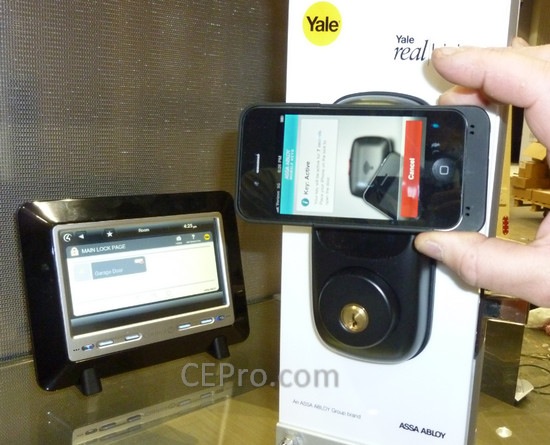 Yale Lock & Hardware demonstrates how NFC can be associated in home locks to allow you to control entry into your home with an NFC-enabled lock and phone, rather than utilize digital codes or keys to unlock your door. The way to lock and unlock your door utilizing NFC technology is similar to that employed by NFC payment methods for digital wallets.

The technology, the highlight of Android 2.3 Gingerbread on Google’s Samsung Nexus 4G, helps to combine a phone or smartphone with a wallet. Google is using NFC digital wallets in their own system, called Google Wallet. Essentially, associate a compatible credit card to your NFC phone and you can just wave your phone in front of an NFC sensor rather than swipe your credit card, allowing you to leave your wallet behind and take your phone with you.

Pricing and availability were not yet disclosed, but this allows users to further converge their lives in their smartphone. The dangerous part, now, is that if you leave your phone behind in a cab, for example, you’ll be losing your wallet, phone, and also keys.