Agar.io, or Agar, is finally on iPhone and Android, delivering fun multiplayer gaming to users who want to take the webgame to their smartphone. We’ll walk you through what you need to know about the game and share the best Agar.io tips, tricks and strategy that you need to master the game.

Miniclip offers this game online and on iPhone, iPad and Android. If you have a big screen device, it’s a little easier to play on that screen, than on a 4-inch smartphone screen.

Here’s a quick look at what you need to know about Agar or Agar.io so you can get started, play better and beat other players. 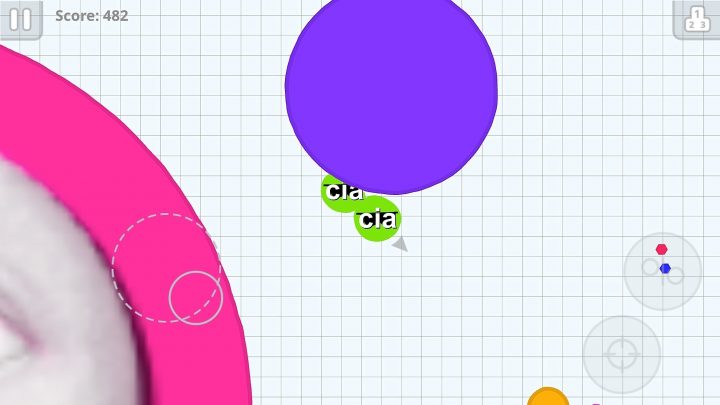 Play Agar.io on iPhone and Android.

Agar.io started as a web game on Miniclip and you can still play it online at your computer, but the exciting news is that there is now a Agar.io app with touch friendly controls.

In Agar.io you control a blob that consumes other blobs and grows as you do so. There are other players you can consume and who can consume you, so make sure you watch out for people targeting you.

Unlike many top free iPhone, iPad and Android games, Agar.io is completely free. There are some ads, but there are not ads between every match and you cannot buy power ups with in-app purchases to play better. It’s free and it’s skill based, with a little luck.

You can play Agar.io on the web or download on iPhone and iPad or from Google Play for Android.

How to Play Agar.io

You move your blob around the screen consuming very small, non moving blobs, but then you can also start to consume other blobs that players are controlling.

To consume a player you must be 10% bigger than their blob, or 33% bigger if you are split into another blob. 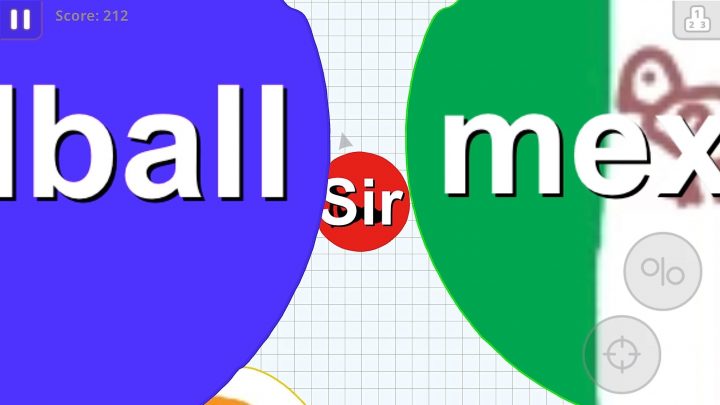 Use the Agar.io strategies to survive.

In addition to controlling one blob with the touch screen you can also split your blob or shoot mass. You can use this to split and catch up to a smaller blob that is faster than you. Or you can shoot mass to slow that blob down and catch up, just make sure they don’t grow too much.

While you are small you can hide in a green virus, but when you are bigger it will split you. You can regroup, but you will need to smash into your other parts to do this.

How to Use Agar.io Skins 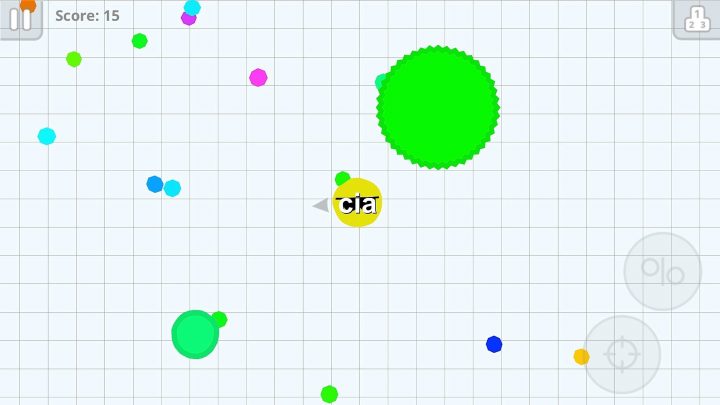 Use a Agar.io skin to change the look of your blob.

After playing a few rounds you’ll notice that there are ways to customize the look of your blob. These are called Agar.io skins. You will need to enter the right name on the start page to get the skin you want. You can try out names of Internet memes, emoji and almost any country to get a skin.

Use this guide to see the new Agar.io skins and a list of the names you need to enter to use the Agar.io skins on iPhone, iPad and Android.

Here are the essential Agar.io tips, tricks and strategy that you need to master this game, or at least make it to a reasonable size.

When you start, go for as many little blobs as you can to get to a respectable size. At this stage, you just don’t want to be the smallest player on the board.

You can also check out this thread with Agar.io tips and tricks once you get past the beginning stages. You’ll learn how to master the 200-300 point stage and what to do when you become absolutely huge.

You can customize the Agar.io controls to match your play style. There are several important options to choose. The first one is Stop On Release. If you turn this off, the blob will keep moving when you take your finger off the screen. This can be handy if you need to re-adjust or to tap a button.

You can also choose to use Direction on Touch. This option is handy as you can touch the screen and immediately start moving in that direction. perfect for fast changes and narrow escapes.

There is also an option to change the location of the buttons to right, left or corners.