This week at CES 2017 Alpine announced their first stereo that will make Apple’s CarPlay Wireless. While we’ve seen new receivers and infotainment systems from Clarion, JVC, Kenwood, Pioneer and more only Alpine came to impress. Here’s what you need to know about the all-new Alpine iLX-107.

In recent years Apple’s CarPlay has improved and is growing in popularity. Almost every company is showing off new car systems for 2017. Additionally, wireless CarPlay is set to debut in February with select BMW vehicles.

However, not everyone has a brand new Beamer. What makes the Alpine iLX-107 special is the wireless support. It’s the first aftermarket car receiver to officially support wireless CarPlay. Which means no more Lightning cables. Just get in and drive. Giving everyone the latest technology with a quick stereo upgrade. 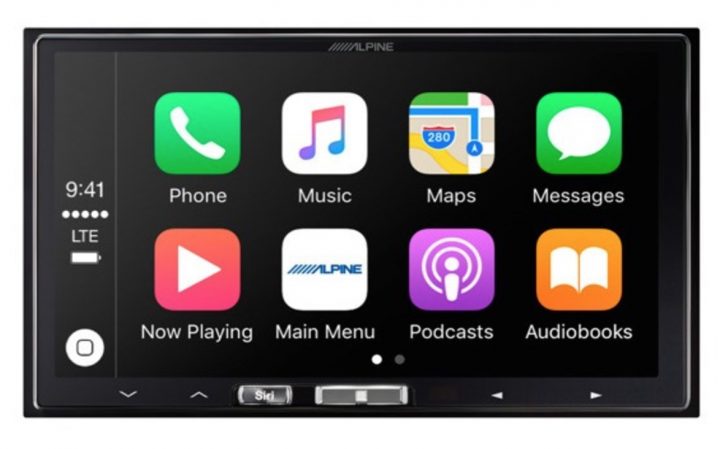 The idea here is simple. Alpine is doing away with cables in the car. All while delivering an excellent infotainment and Apple experience on its new 7-inch receiver. Everything connects over WiFi, rather than old traditional Lightning cables.

Alpine’s iLX-107 will pair with an iPhone over 5GHz WiFi. Similar to how users connect to WiFi at a nearby Starbucks. The entire process is simple. After the initial setup, the system will automatically recognize your iPhone. Then, users can safely drive while interacting with the system like always.

This means controlling the native iOS CarPlay user interface to stream music, make calls, view messages and even get directions. Anyone that has used Apple CarPlay over the past few years knows exactly what to expect. Only now it’s wireless. 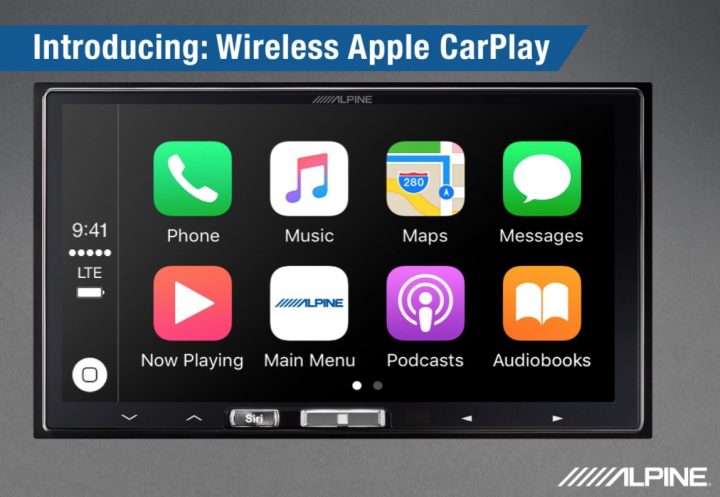 The Alpine iLX-107 is an otherwise familiar double-din stereo. Featuring a bight and crisp 7-inch WVGA capacitive touch screen display. It uses an LED backlight, which is nice and should improve the quality of the screen. Additionally it supports two pre-outs, AUX input, rear-view backup cameras and everything you’d expect from an Alpine receiver.

If there’s a downside to going wireless, it’s that our phones won’t be charging at the same time. However, its worth the tradeoff as most have a charger in their vehicle already.

According to reps here at CES 2017 the all-new Alpine iLX-107 will arrive this February starting at $900. In closing, the company is showing off three other systems with Apple CarPlay. One even has an 8-inch display with navigation — the Restyle X208U. Expect more vehicles and aftermarket stereos to offer full wireless capabilities throughout 2017.