The update, which is available now by downloading the Amazon Cloud Drive Photos application from the Google Play Store, or by allowing the application to update automatically, will back up all the user’s captured video just in time.

Amazon Cloud Drive already allows users to auto upload their captured media to Amazon’s Cloud Drive cloud storage solution. Any user who installs the application is treated to 5GB of storage automatically, though they can purchase more if the need arises. 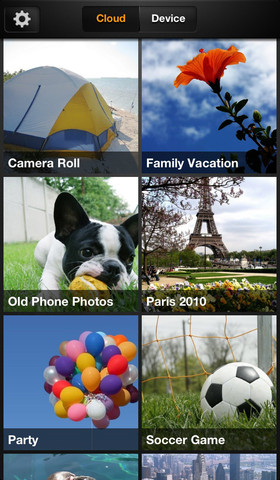 In addition to backing up media, users can choose to manually upload the photos and videos that they find are most important. The app also allows that media to be easily shared with other users through Facebook, Twitter and by email.

Cloud Drive is accessible online as well as on tablets and smartphones. Amazon already offers its Kindle reading application, Amazon MP3 music marketplace and video and television shows. Using these applications, user could almost entirely replace the Google services that are built into Android with Amazon’s. That could be particularly useful if they already own or plan to purchase an Amazon device like the Kindle Fire HD.

For its part Google already offers Android users a cloud storage solution with the Google+ app that can automatically back up photos and videos.

Many individual Android manufacturers offer cloud photo back up as part of the layer of software that they create that runs on top of Android. For example, HTC One users are able to back up their device’s photos and videos as part of the HTC Sense UI automatically. That feature uploads media directly to Flickr.

Amazon Cloud Drive is available on iPhone, Mac and Windows. Cloud Drive is not currently available on Windows Phone or on Windows RT. Fortunately for those users, SkyDrive, Microsoft’s own cloud storage solution does offer automatic media uploading on those platforms. Microsoft does offer SkyDrive iOS and Android applications however, they don’t offer any automatic uploading features.