Today Amazon lowered the price of the Kindle Fire HD 8.9, bringing the base model of the down to $269. 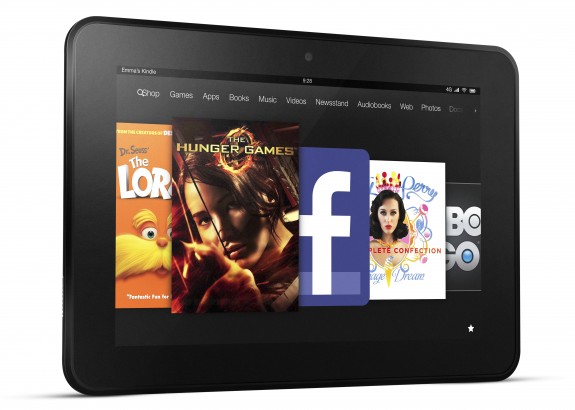 Both 4G LTE models of the Kindle Fire HD 8.9 come with 250MB of LTE data a month for just $50 a year. That 250MB is good enough to check email, download a few Kindle books and maybe do some light browsing. The data plan isn’t enough to last most tablet users a full day, however, meaning they’ll have to pay AT&T for more data every month.

Amazon’s Kindle Fire HD 8.9 sports a high-resolution 8.9-inch 1920×1200 display that can display full 1080p videos with very small letterboxes. Like every other Kindle Fire, the HD 8.9 can access all of Amazon’s content including Kindle books, Amazon Instant Video and the Amazon Appstore. Users can’t, however, get apps or media from the Google Play Store on the tablet.

Along with the price drop Amazon also announced it will bring the Kindle Fire HD 8.9 outside of the U.S. to Japan and Europe. The tablet is now available in UK, Germany, France, Italy, Spain and Japan. Amazon is still far behind Apple which offers the iPad in a multitude of countries, but it’s slowly bringing its devices to more countries.