The Kindle Fire is a new 7″ tablet that runs a dolled up version of Android, packs WiFi and has access to an incredible amount of Amazon content, including Amazon Prime Instant Streaming videos, Amazon Video Store, Kindle books, Amazon MP3 Store and Android apps.

(Read: Hands on with the Kindle Fire – Video) 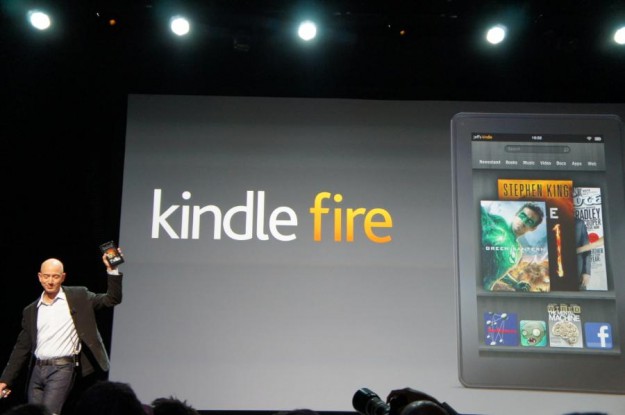 This WiFi only tablet is aimed at making it easy to access your favorite content, and be small enough to take with you wherever you go. The Kindle Fire doesn’t have a 3G connection like some Android tablets, iPads and earlier Kindles, but this helps keep the cost down and reflects how many consumers use their tablets.

The Kindle Fire has a 7 inch IPS display, dual core processor and weighs in at 14.6 ounces. The device brings you access to over 100,000 movies, and TV shows, as well as apps, magazines and MP3s. The entire device is backed up to the cloud, so you don’t have to worry about losing content.

The Kindle Fire promises “Up to 8 hours of continuous reading or 7.5 hours of video playback, with wireless off. Battery life will vary based on wireless usage, such as web browsing and downloading content.”

The Kindle Fire runs a version of Android, like you have on your phone and may have seen on tablets, but Amazon has taken time to customize Android. This is essentially a new carousel style bookshelf that lets you scroll through your media. Search on the device will look locally, on the cloud backup and on the web. Movies and music are played back with built in apps, but when you switch between them it is a pretty seamless experience. Music can play while in other apps, and music controls, brightness and more can be accessed from any screen by pulling down a settings area. The idea is that this prettied up version of Android will be easier on the eyes and more user friendly. We’ll of course be testing out  how user friendly the Amazon Kindle Fire is when we get one in for review.

If you want to play games, open up the Amazon App Store and download classics like Fruit Ninja and Angry birds (as well as many others) to play and relax.

The Kindle Fire features WhisperSync, which not only keeps your place in books, but also in movies and TV shows. This lets you pause on the Fire and resume on your computer or on connected TVs.

Another included feature is the Amazon Silk browser. This browser should speed up the time it takes webpages to arrive on your device and display, so that you can just enjoy the content. Basically, some of the common web content you encounter when surfing is stored on your Fire. This, coupled with a new efficient delivery system and the ability to predictively load the next page based on aggregate user behavior, equals faster delivery of webpages. 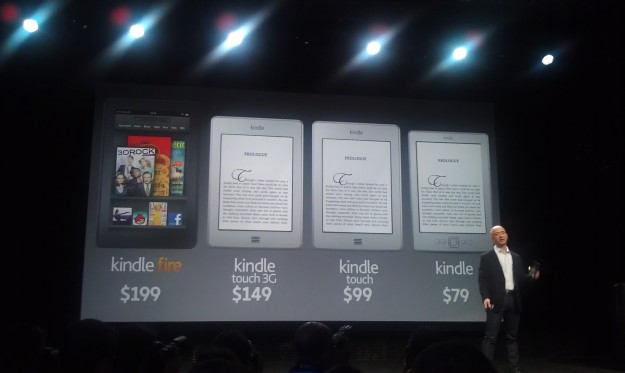 By bringing the Kindle Fire to market at $199, with access to media, Amazon stores and building prime into the equation Amazon has made a name in the tablet space. With the launch of the $79 Kindle and Kindle Touch for $99, Amazon has essentially laid claim to the entire eReader market as well.

The Kindle Fire is available for pre-order today, and ships November 15th.

The Kindle Fire comes with a 30 day trial of Amazon Prime, which gives you access to thousands of streaming movies and TV shows in a manner similar to Netflix. This service also includes free 2-day shipping at Amazon.com. These benefits typically cost $79 a year, and Amazon wants you to get hooked on the Kindle fire at a low $200 price and make up for that in Amazon Prime subscriptions.

In case you wondered how much of a hit the Amazon tablet can be, check out this survey data that shows consumers want an Amazon tablet priced under $250.

Stay tuned for our hands on with the Kindle Fire. 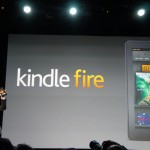 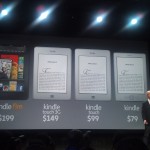 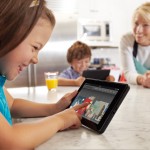 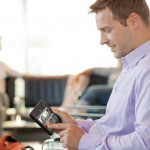 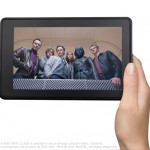 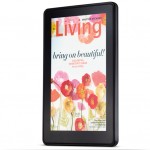 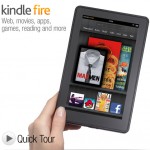