According to the latest report, Amazon, which had previously released a Kindle Fire tablet that is based on Google’s Android operating system, is working together with Foxconn to ready its own smartphone to compete against iPhone and Nexus offerings from Apple and Google respectively. The Amazon-branded smartphone hardware would help Amazon further its hardware presence and will be a platform to help the company sell more digital content, such as e-books, MP3s, and movies. 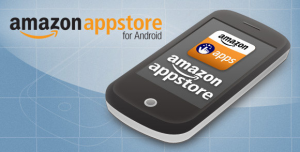 News of Amazon entering the smartphone space is being reported by Bloomberg, who is saying that it had obtained the information from “two people with knowledge of the matter.”

Foxconn, which is partnering with Amazon to develop this smartphone, is also a manufacturing partner for Apple and other tech companies to manufacture smartphones, tablets, notebooks, and other products. Foxconn has risen to notoriety lately as a result of its partnership with Apple and the company has been scrutinized in the press due to labor conditions at its iPhone factories.

In addition to entering the smartphone space, Amazon is also following the patent wars closely. The company is also ramping up patent acquisitions to defend itself in this space as it had recently hired Matt Gordon, formerly with Intellectual Ventures Management LLC, a firm that was created by former Microsoft alum Nathan Myhrvold. This is especially important as Amazon does rely on Google’s Android platform, which has been a sore subject of contention with Apple as the iOS-maker has been waging numerous patent wars against Android manufacturers, including Motorola, HTC, and Samsung.

Likely, a Kindle Phone may be a heavily skinned experience designed by Amazon to complement its digital storefronts. The branded smartphone would most likely rely on Android, like the Kindle Fire tablet, but the user experience will not resemble Android as we see it today.