We had a pretty good feeling Amazon sold a massive amount of pre-orders for its recently announced Kindle Fire tablet when the device shot up to the #1 best selling item on the retailers rankings. And, lo and behold, our suspicions have been confirmed by a digital marketing firm which indicates that Amazon sold just around 95,000 pre-orders for its Android-powered tablet device.

The Kindle Fire is expected to launch on November 15th, so that number will steadily increase over the next couple of weeks, especially as we get closer to the start of the holiday shopping season. 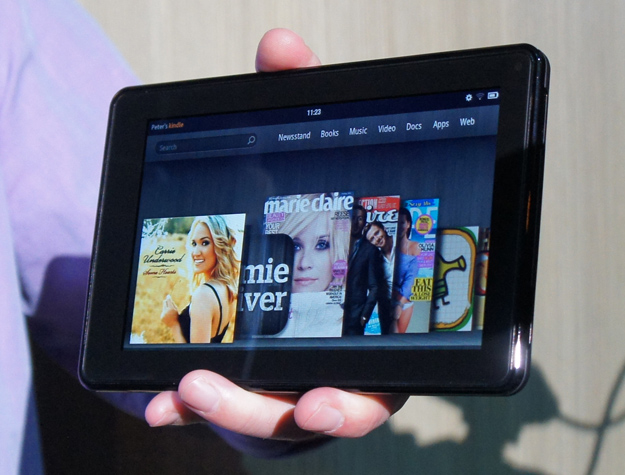 The Kindle Fire Aspires to Greatness

Amazon’s 100,000 units sold is far off the 300,000 iPads that Apple sold on its first day in existence but it has likely achieved the one day record for Android tablets sold, and may have surpassed the total sales of a few non-iPad tablets.

Pre-order success is good for Amazon, but the company doesn’t need Apple-like day one sales to make the Kindle Fire a success. The Kindle Fire pre-orders likely went to many early adopters, but if chatter among the average consumer is any indication — the Kindle Fire is an exciting new device they want to know more about.

Amazon is positioning the Kindle Fire as a tablet that meets the needs of many average consumers. There are kindle books, Android apps, a web browser and easy access to movies and TV.

Remember the look on the faces of friends and family when you told them you camped out for a phone, video game or tablet? The target market of the Kindle Fire is the group looking at you in disbelief. Sure, geeks like you and me are going to buy it, but geeks can’t ensure the success of a device — just ask HP.

After the early adopters and influencers are able to use the Kindle Fire, and reviews start showing up on sites like ours, the average consumer is going to be much more likely to open up his or her wallet. The number of iPad day one sales is a fraction of overall iPad sales. It wouldn’t be shocking to see the day one Fire sales as a small percentage of overall sales after the holiday season ends.

Josh Smith contributed to this report.