We all know that Amazon has a tablet up its sleeve. We know it will launch sometime before the holidays, and we know that it will run Android. There may even be two of them. Now Digitimes reports that Amazon is placing orders for 1-1.2 million of these tablets for the third quarter – second only to Apple. With Android tablet sales getting utterly humiliated by the iPad, is Amazon being overly optimistic? 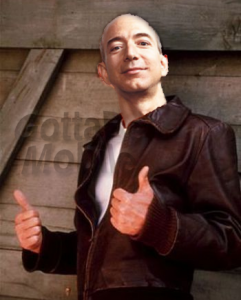 Is Amazon CEO Jeff Bezos about to look really cool?

While Honeycomb-running tablets have sold – across the board – not well at all, Amazon may have reason to hope for something different. As we’ve said before, they have several ingredients in place that are closer to Apple’s (undisputedly successful) closed system than what any other tablet-makers can offer.

Amazon’s decision to open their own Android app store seemed a little puzzling earlier this year. Now it makes perfect sense. The Amazon App Store will come pre-installed on all of their tablets, and will be the primary way that users get apps. With that one move, they have matched one of Apple’s advantages – controlling the software platform. 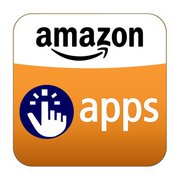 With this, Jeff Bezos and company can make deals with app developers to make optimized versions of their apps for tablets. In return for this investment, the developers can give them exclusive rights to sell the apps for a period of time. Honeycomb’s lack of tablet-specific apps is humiliating next to the iPad’s library. With their App Store, Amazon can put the financial resources into development that are necessary to move things along.

The retailer also likely has content streaming lined up for these devices. While rentals would be a solid move, launching a Netflix-esque movie and television streaming app that is pre-installed on their tablet would be a huge boon for sales. Throw in free access for a few months to tablet buyers and you have a potentially hot holiday item.

Relying on sales or subscriptions from bundled book, video, and music content could also allow them to subsidize some of the costs and possibly sell it for cheaper than the iPad. The lower they can afford to drop its price, the better its chances will be.

Amazon could also create their own custom user interface for Honeycomb. While many Android users are fiercely loyal to a “vanilla” look, Honeycomb could definitely use a makeover. It has a dark appearance, which doesn’t help its aesthetic appeal. Sitting next to an iPad, with its simple and colorful homescreen, it isn’t outrageous to think that many have – consciously or subconsciously – gravitated towards the iPad for that reason alone. If Amazon brings out its best guns to give it a bright and sexy look, that’s another feather in its tablet’s cap.

Another weapon in their arsenal is one simple word: Kindle. Millions already own Kindles, and even those who don’t may still buy Kindle books for other devices. By marketing their tablet around the familiar Kindle brand, Amazon can frame their tablet as an exciting new evolution of a product people already know and love. It may sound petty, but this helps distract buyers from the “is it better than an iPad?” question. One need look no further than the relative success of Barnes & Noble’s (almost tablet) Nook Color for proof of concept.

Of course it is still possible that Amazon’s upcoming tablet(s) will crash and burn just like the XOOM, G-Slate, and Galaxy Tabs (largely) have. Amazon will still be beaten handily by Apple no matter how “successful” their slate is. But it could also be the first Android tab that will at least put up a fight and steal some measurable chunk of holiday buyers away from Apple.