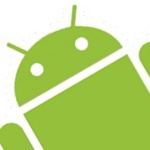 BGR reports that RBC Capital Markets is forecasting “explosive” growth in the global tablet market with revenues shooting up to $70B by 2014, and Android will become the dominant platform due to broader support from manufacturers and wireless carriers. Sounds reasonable enough, except I don’t think they’re looking at all the right data.

True, the fact that any OEM can install Android on their tablets for free means that it will likely become the OS of choice for the vast majority of tablet makers. For sheer volume, Android will be tough to beat and is likely to dominate. However, their talk of carriers and low-cost options leads me to believe they’re looking at the smartphone market for guidance, which is a flawed approach.

When Apple introduced the iPhone, it entered an existing industry with established players. The smartphone market was still relatively fresh, but it was a subset of the mature and much larger mobile phone market. To get started, they needed strong carrier support, which they got from AT&T (then Cingular). While the first iPhone exceeded the competition in many ways, it actually started slow and did not blossom until it added third-party app support and received a carrier subsidy. None of that applies to the iPad.

The iPad isn’t entering the tablet industry; it’s creating it. Yes, we’ve had tablet computers for years, but Apple outsold all those years in nine months. Microsoft isn’t taking ownership of the Tablet PC anymore. Bill Gates doesn’t use the name, transferring his vision of voice, pen, and touch to netbooks instead. Most people don’t even know they were in the tablet industry, looking instead to 2012 for them to enter the market. Regardless of how you want to interpret this reality, the existing tablet market wasn’t anywhere near the size of the mobile phone market, so the iPhone comparison fails in this respect.

As for carrier support, the iPhone couldn’t function without it, while the iPad can. Most people are buying iPads without 3G and those with 3G aren’t locked into a contract. The iPad now has direct carrier support from AT&T and Verizon and indirect support from any carrier via mobile hotspots and smartphones with that functionality. Perhaps most importantly, the multi-year exclusive deal with AT&T that many believe limited iPhone growth does not apply to the iPad. Carrier support is still a consideration, but not a critical one.

Finally, the iPad isn’t starting off slow. Out of the gate, it was priced aggressively and given strong application support. Nearly all early forecasts of iPad sales proved woefully short, and those who got it right were ridiculed as fanboys at the time. Even these forecasts of “explosive” growth in the tablet market are based on the rapid adoption of the iPad.

There are critical differences between the market positioning of the iPhone and iPad that must be strongly considered in making predictions about where the tablet market is headed. Android could and probably will rise to dominance through sheer volume, but there are too many key differences and not enough data to assume a mirror of the smartphone market. In addition, I didn’t read mention of Apple’s ability to buy out available supplies of components, such as touch panels and flash memory. Android’s in limitless supply, but components for tablets that run Android are not. If an analyst maps a path that accounts for these factors, great. If not, their guess is as good (or bad) as anyone else’s.