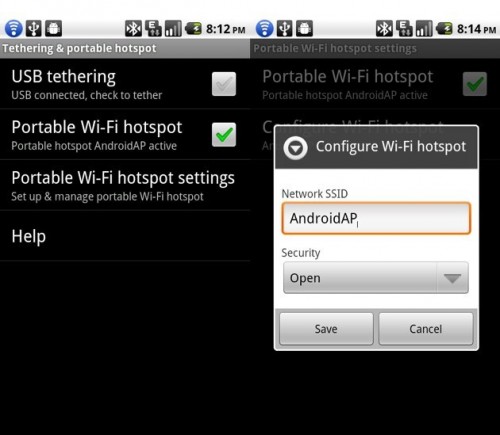 TechCrunch reports that in addition to greater speed and Flash 10.1 support, Android 2.2 a.k.a. Froyo will have tethering via USB and Wi-Fi built right in, allowing you to use your Android device as a mobile hotspot or USB modem.

Details are scarce, and nothing stops carriers from blocking or charging for the service, so don’t get too excited just yet. That said, it is worth noting that Verizon already offers mobile hotspot service on webOS devices, such as the Palm Pre, without additional fee, so logically they should extend this offering to their Droid line once Froyo is released.

This also opens the possibility that Android could be used as an OS in dedicated mobile hotspots, like the MiFi. The guys behind that might want to keep a close eye on this. Would reduce some of their headaches over developing apps for their devices.