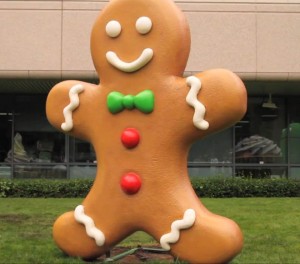 Blog IntoMobile is reporting that one of their trusted sources has informed them that the next iteration of the Android operating system that will succeed Android 2.2, codenamed Gingerbread, will be released in SDK form on November 11th. The tip seems highly plausible considering that Google has already mounted a gingerbread figurine on their lawn, a tradition of the Android team prior to releasing a new build. 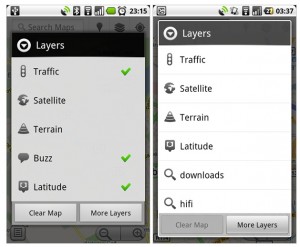 If the recent update to the Google Maps program is any indication, Android 2.3 Gingerbread will probably have a crisper, more modern UI design element. Android blog Android Police first spotted the difference between the updated Google Maps program and its prior release and noticed that the new pop-up dialogue box has a darker tone and bolder appearance. You can see the new dialogue box in the image on the left hand side and compare it to the older version on the right hand side. Android 2.3 Gingerbread is speculated to follow a similar design cue. 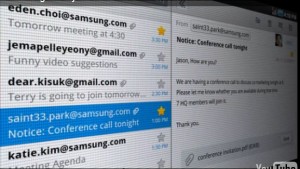 Galaxy Tab email app was re-written with a tablet UX in mind, displaying two panes to take advantage of the larger screen real estate and to show more information on the screen, giving value to the user.

It’s also unclear if Google will begin integrating more tablet-ready elements into Android 2.3 Gingerbread. The mobile software maker has publicly admitted that its current Android 2.2 Froyo version is not designed for tablets, and that it will be working on integrating tablet functionality into future builds. Right now, tablets that are designed and released with Android 2.2, despite having a larger 7- or 10-inch display, is basically an enlarged Android phone as a tablet UI was not considered or built-into Android or many of the third-party apps. On Samsung’s recent Galaxy Tab, the tablet maker had to re-write a number of native apps, including the email app, to give it a tablet user experience with a two-pane view in the program, similar to what Apple had done on the iPad. Other than a number of re-written apps, other third-party and non-native apps will pretty much just scale up and won’t offer that tablet experience with two panes or display additional information on the screen.

For its part, Samsung is being bullish on its tablet endeavors. The company’s India division has promised an upgrade for the Galaxy Tab to both Android 2.3 Gingerbread and Android 3.0 Honeycomb.