Now, again, as with all of these leaks, Verizon’s plans could change. However, if all testing goes well, we will probably see those updates roll out soon after the testing period ends. 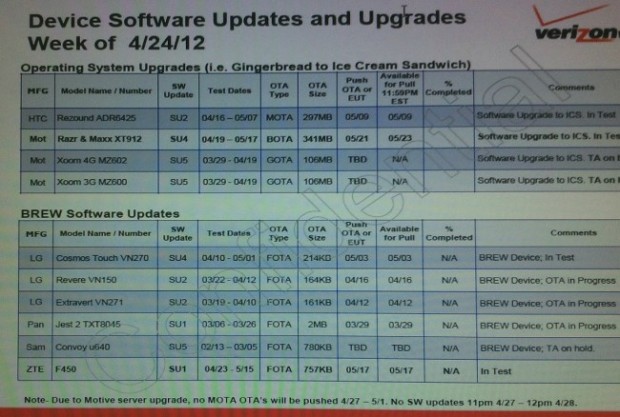 We have already seen several rumored dates come and go for both devices but thus far, this is the most credible leak as it is clearly an internal screengrab from Verizon’s system.

In addition to those three devices, it appears that the Motorola Xoom Android 4.0 update is ready to go. Testing appears to be done and Verizon is apparently just waiting on the green light to start sending out the software.

That means it could be only a matter of days before 4G LTE owners of the Xoom finally see Ice Cream Sandwich.

The journey to Android 4.0 has been a long and arduous one for Rezound and Droid RAZR owners, the devices have been out since 2011, but it looks like we might finally have an end in sight.