Earlier today, Asus announced that Android 4.0 Ice Cream Sandwich would hit its Eee Pad Transformer starting today. In Taiwan. Other countries would see it soon after. Well, luckily for you owners in the United States, the company wasn’t kidding. Asus’ Twitter account has confirmed that the Android 4.0 update for the U.S. version of the Eee Pad Transformer will be rolling out tomorrow.

It’s also great news because we had thought that the update might be coming in March and not in February. Turns out, Asus got its act together. 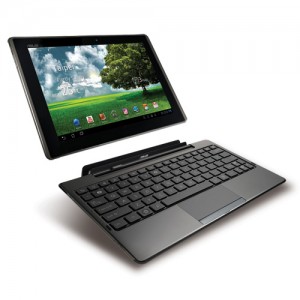 The company hasn’t confirmed exactly what will be coming along with the update but we will know when the update rolls out tomorrow.

Remember, these major Android updates usually come with quite a few bug fixes and improvements and don’t expect the Android 4.0 update for the Eee Pad Transformer to be any different.

Owners of the original Eee Pad Transformer here in the United States will want to check for updates through Android’s settings tomorrow. One word of advice: Patience. The update may not show up within the first 10 seconds of the day, but it should arrive.

Just yesterday though, Asus followed through on a promise to unlock the device’s bootloader, opening up full-on customization.