In addition to landing on Sony Ericsson’s line of XPERIA smartphones, Google’s Android 4.0 Ice Cream Sandwich platform will also be hitting Sony’s tablet. The Japanese consumer electronics giant had recently introduced two tablet models, the Sony Tablet P and the Sony Tablet S, and Ice Cream Sandwich is expected on both models according to an announcement by Sony’s UK division. 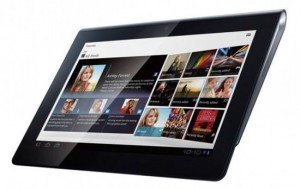 Sony Tablet™ is evolving, and we’d like to keep you informed with the latest updates.

Today we’re happy to confirm that an update to Android 4.0 will be available for Sony Tablet. Details including timing will be announced in due course, so please stay tuned.

Just recently we released the Software Development Kit for Sony Tablet P.  For more information on this and future updates please visit us at Sony Tablet Evolution.

The Tablet S is the company’s first Playstation Certified tablet while the Tablet P ushers in a dual-screen form factor.