It was only a matter of time before manufacturers started confirming the Android 4.0 Ice Cream Sandwich update for more than just a few phones and sure enough HTC has come onto the scene confirming the update for a multitude of phones while suspicions leaving some devices out of the announcement.

The HTC Vivid, one of AT&T’s first 4G LTE smartphones, will also be seeing the upgrade. 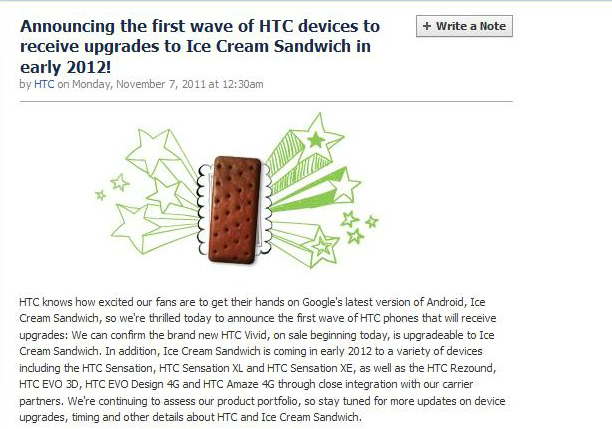 While this is great for those of you that own these phones, it’s probably disappointing for those of you who own devices that aren’t on this list. Devices like the HTC EVO 4G and the HTC ThunderBolt.

Well, don’t get down just yet. HTC hasn’t said any of the phones not listed here will not be getting Android 4.0 so stay optimistic.