Just recently, Samsung announced that Android 4.0 Ice Cream Sandwich would not be headed to the Galaxy S line of phones or the original Galaxy Tab. The reason? Sammy thought that the hardware on the devices wasn’t up to the task of handling the operating system. Since then, there has been an outpouring of cries from disgruntled owners of said devices and according to a report, Samsung is apparently reconsidering its stance.

According to ajnews, the company will be reviewing the software upgrades further due to high customer demand.

So, it’s very possible that we could see Android 4.0 roll out for both of these devices in the months ahead. Still, nothing is set in stone so if you own one, we wouldn’t hold your breath.

As we’ve learned, part of the the problem seems to stem from the fact that the devices will have trouble handling TouchWiz, Samsung’s custom UI, when paired with Android. Many have called for the company to drop the skin but somehow, we just don’t see that happening. 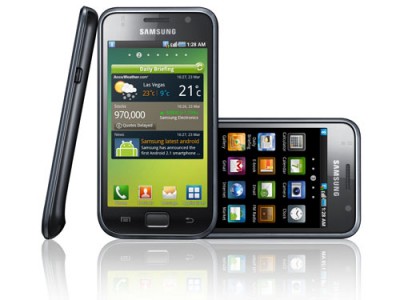 Keep in mind, if this update doesn’t come out for either device, you always have the ability to root and install custom ROMs. These is an abundance of these available for Galaxy S owners so there will at least be a consolation prize should Samsung decide that neither device is capable of handling the task.

The original Galaxy Tab originally hit the United States just over a year ago while the Galaxy S devices arrived during the summer of 2010.