At its Android event today, Google confirmed the new Nexus 7 along with a new Android update dubbed Android 4.3 Jelly Bean which will be rolling out starting today for the Nexus 4, Nexus 10, the Nexus 7 and the Samsung Galaxy Nexus with the Galaxy S4 Google Edition and HTC One Google Edition getting the software updates soon.

In the days leading up to Google’s event, it was clear that Google had a new Android update up its sleeve for later this year. Today, the company made that Android update official with Android 4.3 announced as a replacement for the current version of Android, Android 4.2 Jelly Bean. The software isn’t a wide sweeping overhaul of Android Jelly Bean but it is a nice incremental update that will be welcomed by owners of Android devices around the world. 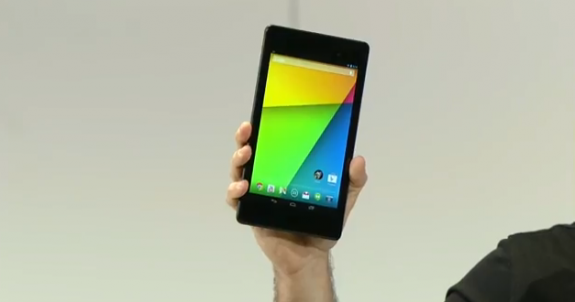 Android 4.3 will start pushing today for older Nexus devices like the Nexus 4.

Android 4.3 will be coming to not only the new Nexus 7, announced today to replace the Nexus 7, but Google says that the update will start pushing today for owners of the Nexus 4, Nexus 10, old Nexus 7 and the Samsung Galaxy Nexus. The company says that the Google Editions of the Galaxy S4 and HTC One, which debuted in late June, will get the update soon.

As we’ve seen with previous roll outs, Google typically rolls them out slowly, Over-the-Air. In some cases, owners of Nexus devices are made to wait several days before the new update arrives. Of course, those who don’t wish to wait can usually update manually by pulling the software from Google’s servers and installing themselves. We should see Android 4.3 files emerge today for those that wish to manually update. 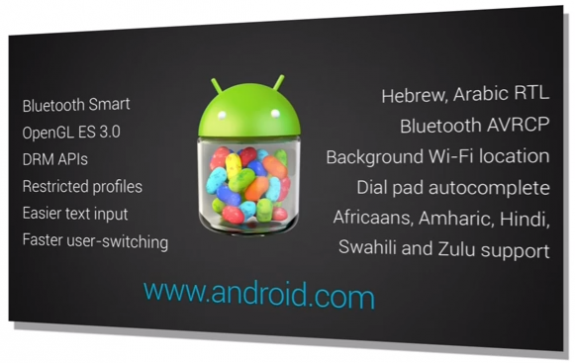 Android 4.3 is an incremental update to Android Jelly Bean.

There are some owners that are out of luck, namely, Verizon Galaxy Nexus and Sprint Galaxy Nexus owners who are the mercy of their respective carrier. Sprint and Verizon typically roll out Android updates weeks after the initial push so it could be awhile before we see those updates arrive.

Android 4.3 comes with a number of enhancements including Bluetooth LE (Light Energy) and a new version of OpenGL dubbed OpenGL ES 3.0 amongst other things.