Last September, Google surprised a lot of people when, out of the blue, it announced an Android 4.4 KitKat update. The update, which arrived in November to replace Android 4.3 Jelly Bean, was and still is an incremental update aimed at bring small, but powerful improvements to those touting Android 4.3 Jelly Bean and below.

Days later, Google pushed out Android 4.4.4 KitKat, a new update and one that added an additional security fix for an OpenSSL vulnerability. As a reminder and for those do not know, Android 4.4.4 KitKat is the current, publicly version of Android. It is not, however, the most current version of the software.

That distinction goes to Android L, the update that was announced at Google I/O 2014 and the update that is available in the form of a developer preview on both the Nexus 5 and Nexus 7. The update, which will be released later this year, features a number of changes including tweaks to the UI, better battery life and more.

At this point, Samsung seems content with finishing up its Android 4.4.2 KitKat deployment before moving on to something else, either Android 4.4.3, Android 4.4.4 KitKat or perhaps Android L. 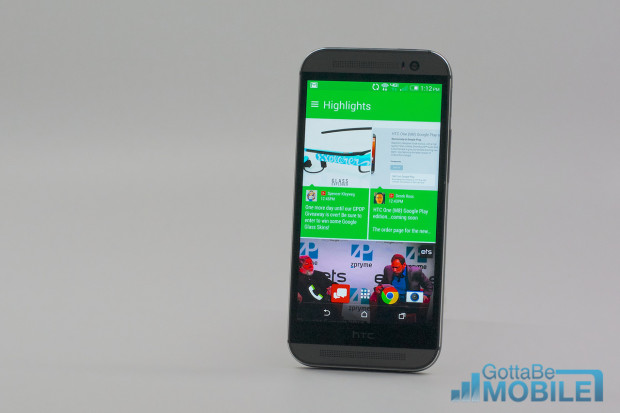 As for HTC, it appears that the HTC One Mini has been updated with HTC’s Sense 6 to go along with Android 4.4.2 KitKat. It’s not clear where the update is rolling out but typically HTC starts in Taiwan, its home base, before shifting gears to other parts of the world. The company’s roll outs can take several months to complete.

Android 4.4.2 KitKat was riddled with problems. They were the catalyst for the company’s massive Android 4.4.3 KitKat and Android 4.4.4 KitKat updates that pushed out last month.

To those that have yet to receive Android 4.4.2: Before you upgrade to Android 4.4.2, make sure that you have everything in order. Apps need to be updated and if you’ve customized your device with a ROM, be sure to take a look at comments from the appropriate development community before installing. These updates have a tendency to wreck havoc on rooted and customized devices.

If you do run into issues, we have some resources for you to check out. Android Central forums is a solid place with a great community. If you’re on a specific carrier, you might want to head to its device forums. For instance, AT&T’s Android forums can be found here. Moderators and users will do their best to help you, provided you’re able to explain the issue in detail.

It’s also worth booting up your device in Safe Mode. Safe Mode will disable third-party applications and allow you to single out apps that are behaving badly in Android 4.4.2.

If you’re using an HTC or Samsung device that’s older than two years old or is closing in on the two year mark, there is a good chance that you will not move beyond Android 4.4.2 KitKat. HTC and Samsung typically offer updates for around 24 months before pulling support. Bigger name devices typically get better support than devices with a big name.

Devices like the Galaxy S3 and Galaxy Note 2 currently sit in a gray area. The Galaxy S3 is now two years old and only some devices got Android 4.4.2. There is a very good chance that it will get left behind. As for the Galaxy Note 2, it turns two in September so it’s not clear if it will get anything past its Android 4.4.2 KitKat update, an update that is rolling out extremely slowly.

Manufacturers and carriers likely won’t have answers to your questions so you’ll just need to take a wait and see approach as we push deeper into the year.