Android 4.4.3 KitKat has been a long time coming. Its been several months since Google rolled out Android 4.4.2 KitKat, its most current version of Android 4.4 KitKat. Since then, Nexus 7, Nexus 5, Nexus 4, and Nexus 10 users have been clamoring for a new update to tackle some of the Android 4.4.2 KitKat problems that they’ve been experiencing.

Since the arrival of Android 4.4.2 KitKat, Nexus owners have been dealing with an assortment of issues, some of which are major problems. For instance, the Nexus 5 is currently dealing with a camera issue that is negatively impacting its battery life. Battery life is the life blood of a smartphone and abnormal drain is a killer.

Several times, Google has promised fixes for some of the Android 4.4.2 KitKat issues that are plaguing Nexus users. What the company hasn’t done though is confirm how and when those fixes will arrive. We assumed that the company would push out another KitKat bug fixer before another major Android update release and it’s now looking like Nexus users could see a new update arrive soon.

Android 4.4.3 KitKat rumors burst on to the scene earlier this week and from the sound of things, the update could be imminent. As we wait for Google to deliver a potential update, we want to take a look at what we expect from the Android 4.4.3 KitKat update, an update that should land for Nexus users.

First things first. Android users should expect Google to roll out an Android 4.4.3 KitKat update. So far, we’ve seen three credible sources chime in and claim that an update is on the way and one of those sources provides clear evidence of the existence of such an update. At this point, an update should be expected. 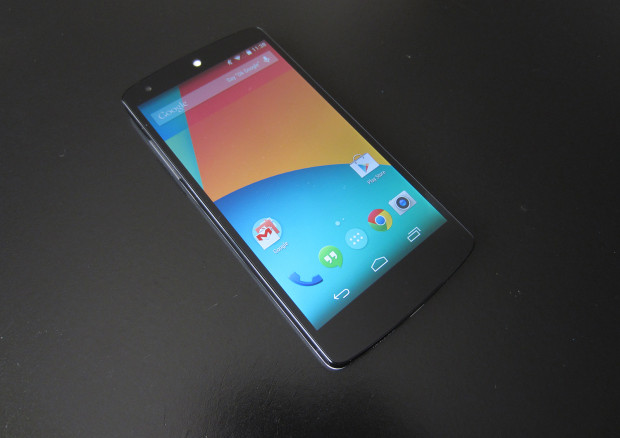 First, it was Italian blog TuttoAndroid that spotted an Nexus 5 Android 4.4.3 KitKat update in testing. The site is reliable and the evidence looks damning. LlabTooFeR, the man who sparked Android 4.4.1 KitKat update rumors, says that the update is in testing. The build number he provided and one that appeared in the leak match and it appears that KTU72B will be the build that arrives. And finally, Android developer mike1986, another reliable source, also claims that Android 4.4.3 is on the way.

In other words, there is a very, very good chance that an Android 4.4.3 KitKat update is on the way from Google. It’s about time.

So far, the only Android 4.4.3 KitKat update that we’ve seen is for the Nexus 5. The Nexus 5 is just one of the devices dealing with Android 4.4.3 KitKat problems and the aforementioned battery drain bug is a pretty serious matter. However, we would be very surprised if this update didn’t land for every Nexus owner running Android 4.4.2.

While the Nexus 5 is certainly dealing with problems of its own, there are some Android 4.4.2 KitKat problems affecting owners of the Nexus 4, Nexus 7, and Nexus 10 as well. Thus, it would be strange to see Google focus in on one Nexus device and leave the others out in the cold. Rarely do we see major or incremental Android updates from Google focus in one a specific device. Bug fix updates, and Android 4.4.3 KitKat will likely be a bug fix update, tend to land across devices.

The other reason is that LlabTooFeR says that he expects the update to land in two to three weeks. His information about Android updates is typically accurate so there is no reason to think that his information is off. At this point, the only thing that could push things back is the testing process. If something goes wrong in testing, we could see Google push the update back.

For now though, Nexus users should expect it within weeks not months.

Expect the standard Google Android update roll out. For those that may have just bought a Nexus smartphone for the first time, here is what that entails:

According to LlabTooFeR, the Android 4.4.3 KitKat update will fix a camera issue. He’s not specific about the camera issue but we expect it to be for that pesky Nexus 5 camera issue that is depleting battery life.

We highly doubt that that will be the only bug fix on board this update. If it has taken Google this long to roll this update out, we expect there to be more than just one bug fix aboard.

Those are just the tip of the iceberg when it comes to Android 4.4 KitKat problems. In other words, we expect Android 4.4.3 KitKat to be loaded up with bug fixes.

Nexus users who are expecting big feature changes from an incremental update early in the year are going to be sorely disappointed. So are those who expect the Android 4.4.3 KitKat update to fix every problem.