Last year, Google announce its Android 4.4 KitKat update, an update that replaced the Android 4.3 Jelly Bean update as the company’s latest and greatest operating system. Android 4.4 KitKat is not a massive update but it did bring some noticeable changes to owners of Google’s Nexus devices and other smartphones and tablets around the world.

Last week, history repeated itself. Just as Android 4.4.3 KitKat was settling in as Google’s latest and greatest update, the company pushed out Android 4.4.4 KitKat, a brand new version that delivers a crucial security fix. The change probably didn’t mean much to Android enthusiasts that follow this sort of thing but it did confuse many casual Android users who aren’t as in tune with the smartphone world.

Here, we want to take a look at the differences and similarities between these two updates and breakdown the important things Android users need to know about Android 4.4.3 KitKat and Android 4.4.4 KitKat.

Many of the questions we’ve received regarding Android 4.4.3 KitKat and Android 4.4.4 KitKat are about their features. Android users want to know about the differences between the two. 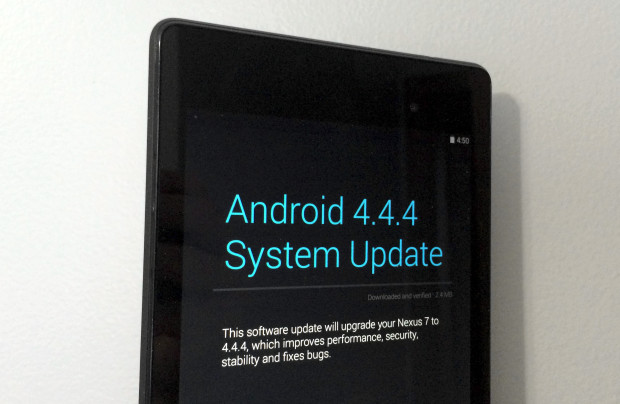 There is a slight difference between the two. Android 4.4.4 KitKat delivers some additional security fixes for Android users. Those looking for the full change log can find it here thanks to Funky Android. In other words, it’s a bit of an upgrade over Android 4.4.3 but not by much.

Keep in mind, not all Android updates are created equal. While Android 4.4.4 KitKat might be small for Nexus users, it probably won’t be small for devices like the Motorola Droid Ultra or Galaxy S5. Manufacturers will put their own spin on Android 4.4.4 so we’ll likely see the update deliver more than just bug fixes and security enhancements.

That’s about as simple as we can get.

Given that the Android 4.4.4 KitKat update is essentially Android 4.4.3 KitKat with some extra security patches on board, we expect other devices and other companies to follow suit.

Motorola’s David Schuster, in a post on Google+, says that the Android 4.4.4 KitKat update will be coming to the company’s Droid MAXX, Droid Ultra, and Droid mini. He says that the company is hoping to push in and around a month.

Samsung is rumored to have Android 4.4.3 KitKat in development for its Galaxy S5 and Galaxy S4 LTE-A with ETAs rumored for June and July. With Motorola and HTC both shifting gears, our guess is that Samsung will also shift over to Android 4.4.4 KitKat and deliver Google’s latest update. How that might affect the release dates is unclear. 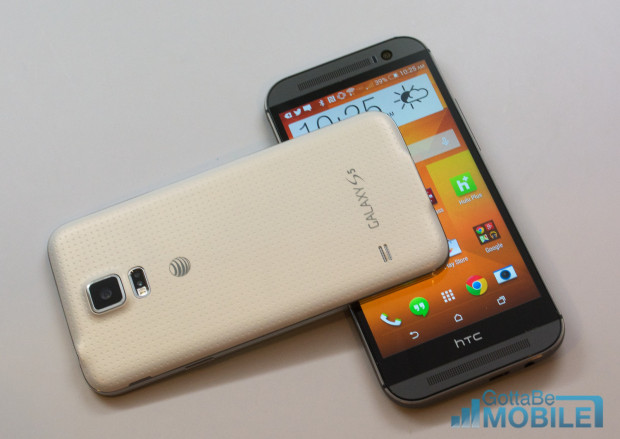 If they do end up getting another KitKat update, we’d expect that update to Android 4.4.4 KitKat and not Android 4.4.3.

Both updates are aimed at alleviating Android 4.4.2 KitKat issues and from we’ve heard and seen with our own eyes, they’re both doing a pretty good job. For those that want to go a little more in depth with both updates, be sure to check out our full reviews for both updates:

We’ve noted that some of these issues have temporary fixes while others don’t seem to have any kind of a permanent fix. With Android L on the way later this year, it’s possible that we could see Google attach Android 4.4.3 and Android 4.4.4 fixes on board that update instead of on an Android 4.4.5 KitKat update. Either way, we’d expect the next bug fixer to be a good ways out.

Android L release date rumors put the update inside Q3 or Q4 alongside a Nexus 8 tablet. Keep in mind, Android L will likely bring some problems of its own. Android updates, even tiny ones like Android 4.4.3 and Android 4.4.4, always do.

We realize that tracking down details and making sense of Android updates, especially updates like these, can be very difficult so our hope is that this cleared up some of the bigger issues and details regarding Google’s latest Android 4.4 KitKat updates.

Be sure to tune into Gotta Be Mobile for more Android 4.4.3 and Android 4.4.4 KitKat update news moving forward.