The Android 4.4 KitKat update from Google still isn’t official but that hasn’t stopped the update from appearing in the wild multiple times, first in the Chrominium Bug Tracker, then in leaked screenshots and now, on a KitKat candy bar in Australia, a sign that the Android 4.4 KitKat update marketing has kicked off and that a launch could be close.

Earlier this month, Google announced Android 4.4 KitKat, its brand new operating system that will be coming at some point to replace Android 4.3 Jelly Bean. The company still hasn’t outlined the details of the update nor has it given it a release date. Rumors suggest that the software will be coming sometime in October, possibly on October 14th, alongside a new Nexus 5 and a new Nexus 10. That remains unconfirmed but there are signs that the Android 4.4 KitKat update is getting closer. 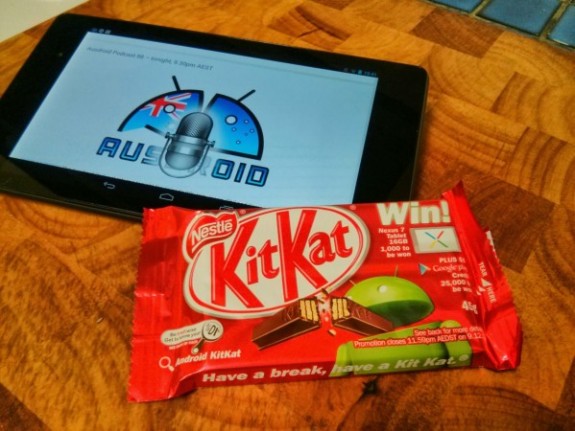 The Android 4.4 KitKat update has been spotted in the wild, sort of.

The update has been spotted multiple times hiding out on the Chrominium Bug Tracker. We’ve seen updates for the Nexus 7, Nexus 4 and Nexus 10 appear on there, all but confirming their arrival. We’ve also seen the software itself leak out in some screenshots that appear to show off a flat UI. And today, there is yet another sign that Android 4.4 KitKat is on the way.

Thanks to Ausdroid, we now know that Android KitKat update KitKat bars have now entered circulation, ahead of its release date. The bars are starting to appear at Australian Woolworths stores and they will offer buyers a chance to win one of 1,000 Nexus 7 16GB Tablets or one of 25,000 $5 Google Play Gift Cards. The contest begins on October 1st. 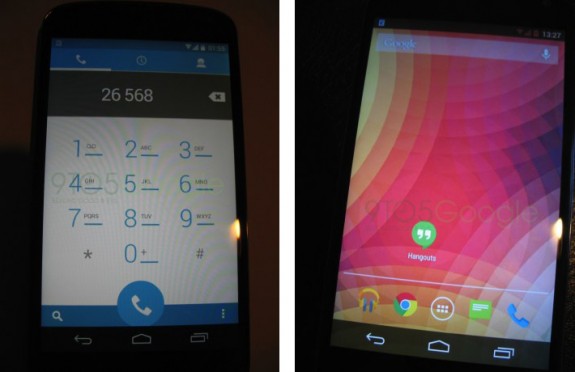 Google is partnering with Nestle on the Android 4.4 KitKat update, thus the name, and the companies will be using the contest to promote the brand new update. It’s something new for Google and it caught just about everyone by surprise considering the update was long rumored to be called Key Lime Pie.

Very little is known about the Android 4.4 update but rumors suggest that it will be coming with updates for older devices, fragmentation changes including screen resizing, Miracast updates, color changes and new notification widgets.

Nexus devices are all but confirmed to be getting the Android 4.4 KitKat update and we’ve seen Pantech confirm the update for its Pantech Vera Iron smartphone. Rumors suggest that the update will not be coming to older HTC smartphones including the HTC One X and the HTC One X+, two of the companies big name devices from 2012.