While much of the attention in recent weeks has been lavished on the Nexus 5 and its missing release date, there is another big product that figures to arrive alongside the new Nexus 5. Android 4.4 KitKat, while official, still hasn’t been detailed or given a release date though from the looks of things, its release date could arrive soon. With a release likely to take place within the next few days, we want to offer some tips for those that are likely going to see the update arrive on the initial Android 4.4 KitKat update release.

At the beginning of September, Google surprised just about everyone by announcing a brand new Android update. The announcement was surprisingly, not only because it was much sooner than expected, but because it wasn’t Android 5.0. Key Lime Pie that got announced. Instead, it was an Android 4.4 KitKat update, an update spawned by a partnership with Nestle, and an update that Google said would be coming to device owners sometime in the future. The company did not say when nor did it offer any details about the update itself.

In the past few weeks, we’ve seen a number of Android 4.4 KitKat update leaks that have given users an idea about what to expect from the Android 4.4 KitKat update when it arrives. Rumors point to an incremental piece of software that will introduce some new features, some user interface changes and come to a number of devices including the Nexus 7, Nexus 4 and Nexus 10. It will also likely be the software that comes on board the Nexus 5 when it arrives sometime in the next few weeks.

Unfortunately, we still have no idea when it will arrive. While October seemed like a sure thing, Nexus 5 release date rumors now point to Halloween or November 1st, meaning, an Android 4.4 KitKat roll out might, or might not, be taking place in the next couple of days. And while Google hasn’t said anything just yet, we fully expect the software to roll out for owners of its aging Nexus devices first, before moving on to other non-Nexus smartphones and tablets.

With just a few days left before it arrives, we want to offer Nexus 4, Nexus 10, Nexus 7 users some useful tips in regard to the upcoming Android 4.4 KitKat update release date, tips that could make the day go a lot more smoothly for some.

First and foremost, Nexus owners will want to remain patient on the Android 4.4 KitKat release date. Yes, we expect the devices to all get the software upgrade on or around the first day of availability but it’s likely going to roll out in stages rather than in one massive update. Google typically rolls out its updates in waves, a process that often can take a week or more to complete. So, while some users will certainly see the software on day one, others could be waiting upwards of five days or more for the software to arrive.

So, while there will be the temptation to check for a software update within Settings every five minutes on the Android 4.4 KitKat release date, those who know better will opt to remain patient and wait for the prompt to arrive. It may happen on day one, it may happen on day seven, the roll out is random and there are no known patterns to the madness so there is no sense in getting worked up about something that is out of the users hands.

Fortunately, there should be a way for Nexus owners to upgrade to Android 4.4 KitKat before the Over-the-Air update arrives. After the roll out begins, Nexus owners should expect an Android 4.4 KitKat direct download to be discovered, a download that will enable users to manually install the software one day one. As we’ve pointed out numerous times, the process is going to be a piece of cake for those who have used Android devices for years, but for those that are maybe new to the software, it’s not as easy as it looks.

Our main point is this. The updates will be available for a manual install but the manual installation route is not going to be for everyone. Users that even have a hint of doubt should stay away from the installation method and wait for the Over-the-Air update instead. After waiting for more than a month for Android 4.4 KitKat, what’s a few day wait at most?

One Thing to Avoid

Over the years, the Google Framework Services trick has been instilled into the heads of Nexus owners, and owners of other Android devices, who are looking to try to get the update early. The trick is simple, go into the Settings, switch off the service, clear the data and cache in the hopes that an update will appear. In the past, this method has actually worked for us. It forced an update for the Verizon Galaxy Nexus.

However, the success rate is extremely slim and it has failed far more than it has worked. It also has the potential to break the Google Play Store. It happened on a Galaxy Nexus of ours. 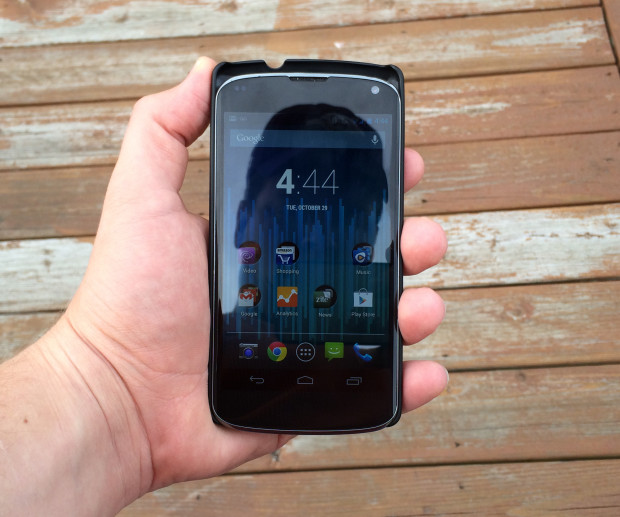 Those who are impatient will want to try it but Nexus owners should not go into the update process expecting the trick to work. It’s simply not going to be a viable option for those looking to get the software early while avoiding the manual installation method. The only clear cut way to get the software ahead of the OTA update is by downloading the proper files and installing the software manually.

We expect there to be Android 4.4 KitKat related issues on day one, of this, we have little doubt. Major Android updates often fix issues while also bringing bugs of their own. It happens almost ever single time a new update is issued and we expect it to happen with the Android 4.4 KitKat update. It’s one of the pitfalls of being a Nexus user unfortunately.

So, right now, Nexus owners will want to prepare for issues to arrive on board Android 4.4 KitKat. They may not be major problems but we can see there being an assortment of minor issues on day one. The first thing to do is to start poking around, looking at resourceful sites. Communities like XDA will be a helpful place for those experiencing issues with Android 4.4. 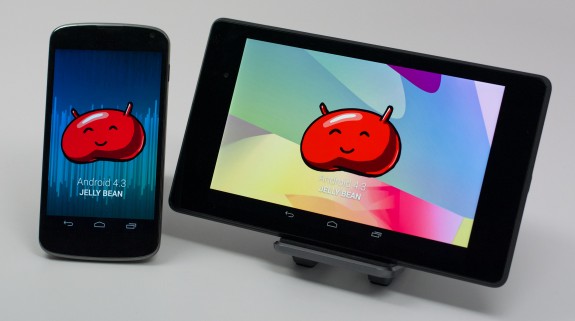 The second thing to do is to make sure auto-back up is enabled for services like Google+ and Dropbox. This will ensure that photos, videos, things that are irreplaceable, won’t be lost during the upgrade process.

We also expect applications to break after Android 4.4 KitKat arrives. While most apps will function properly, apps that stream content like HBO Go and Netflix tend to have issues after big updates. To prevent issues or at least cut back on them, make sure that applications are updated prior to installing Android 4.4 KitKat. Most will work, but expect some to act funky after the installation process. Developers will work hard to fix any issues so be patient.

Those who are rooted and using custom ROMs will want to proceed with caution on Android 4.4 KitKat release day. While power users will likely have no issues making the upgrade to the latest version of Android, average users who aren’t as involved in the community and those who have only recently rooted or installed custom software will want to be careful. 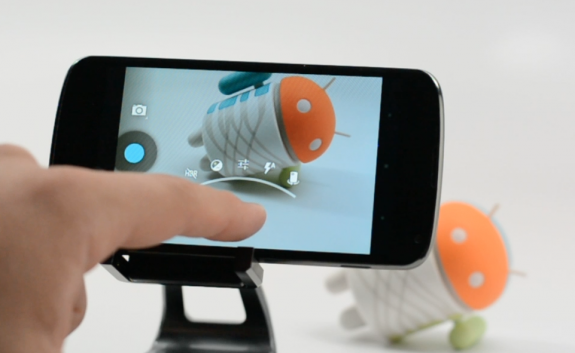 Before installing the update, we suggest heading to a place like XDA or the Cyanogenmod forums to ensure that everything is working properly and to seek assistance if necessary. We expect a fairly smooth transition process for most people but again, those who consider themselves to be novices at this kind of thing would be wise to seek out information prior to making the upgrade.