Last month, Google finally pushed out the Android 5.0 Lollipop operating system it introduced back in June. As expected, the Android 5.0 Lollipop update delivered a number of new features, tweaks and enhancements to owners of Google’s Nexus devices including the company’s all new Material Design. Android 5.0 is Google’s biggest Android update in years and an update that’s been installed by countless Nexus smartphone and tablet owners.

As the list of Android 5.0 Lollipop problems grew, so did the pressure for Google to release an Android 5.0.1 Lollipop bug fix update to alleviate some of these initial problems. Earlier this month, Google pushed out an Android 5.0.1 update to address these problems though the update was limited to select Nexus devices including the Nexus 7 2013, Nexus 10, Nexus 9, Nexus 4, Nexus 5, and Nexus 6. The Nexus 7 2012 did not get the update and now we know why.

Google’s rolling out a Nexus 7 Android 5.0.2 Lollipop bug fix update that tackles some of the problems plaguing Google’s first Nexus 7. The update is limited to the Wi-Fi only model though it’s expected to expand in the days ahead after Google is able to get around the strenuous testing process.

How to Fix Android 5.0.2 Installation Problems

Installation issues always plague Nexus users during an Android update roll out and Android 5.0.2 Lollipop is no different. We’ve heard from some users who claim that the update’s installation process stops mid-download and that the update cannot be installed. We’re also hearing about an issue where the Android 5.0.2 update pops up and then disappears. While we don’t have a cure all for Nexus 7 users, we’ve discovered a few possible fixes for these problems.

A majority of the people experiencing these installation issues seem to be people that have rooted, unlocked the bootloader and or installed a custom ROM. So, the first thing you’ll want to do is check in with your development community. In our experience, killing root and returning to a stock version of the previous update will allow for the installation process to proceed. It’s an extremely tedious process but it might be the only way to get the OTA going. There is another way though. 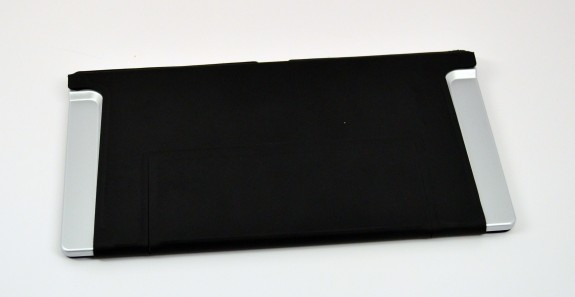 If you believe that your Android 5.0.2 Lollipop installation process has been corrupted in any way, try clearing your cache partition. To do this, you’ll need to follow these basic steps that outline the process:

If returning to stock Android 4.4.4 KitKat and or clearing the cache partition doesn’t work, you probably want to factory reset the device. Just remember to back up all of your precious files before performing a wipe.

Battery drain is an issue that always seems to pop up post-Android release. We haven’t seen a ton of complaints about Android 5.0.2 battery life problems but Android 5.0.2 is still very limited in terms of how many Nexus 7 2012 users have it on board. The OTA started just a few short days ago. Fortunately, there are a few things Nexus 7 users can do to try and eliminate abnormal battery drain if it emerges after the Android 5.0.2 upgrade.

Android updates aren’t supposed to cause battery drain issues and often times, the issues are caused by third-party applications that are behaving badly. First off, you’ll want to keep an eye on the apps and services taking up your precious battery life. You’ll be able to find that data in the Battery section of Settings. The Android operating system will breakdown the services sucking up your precious battery life.

Next, you’ll want to update your applications. Apps that haven’t been updated in awhile tend to cause problems. This will also help you identify some troublemakers. If you recently updated your third-party apps and you’ve just now run into issues, you’ll want to uninstall those applications to see if battery life improves after they’re gone. 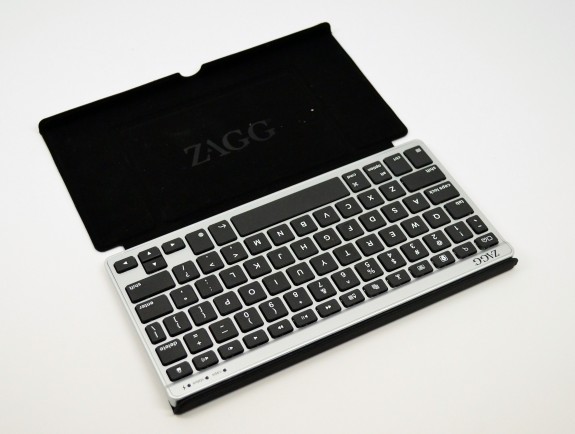 You might also want to try rebooting your Nexus. It’s an extremely quick process but this will often return things to normal because the reboot will clear the cache and kill off services that might be eating away at the Nexus’ battery life.

If none of that works, you might want to think about factory resetting your device. You’ll want to backup your important files before doing this because it’s going to completely wipe the device clean.

Nexus users with battery life issues can also take the less drastic approach and simply wait for Google to roll out another Lollipop bug fix update but there’s no guarantee that one is close. Rumors have centered around an Android 5.1 update in early 2015 but nothing is confirmed.

Some Nexus 7 2012 users are running into Wi-Fi problems after making the move to Android 5.0.2 Lollipop and those we’ve spoken to are looking for potential fixes. That’s not too surprising given that Wi-Fi is the lifeblood of this device. Wi-Fi issues are common after Android update and through the years, we’ve been able to dig up a few potential fixes.

First, you’ll want to reboot the slate. You’ll also want to try rebooting your router if you haven’t unplugged it in awhile. We recommend unplugging the router for a good 30 seconds and then plugging it back in. You can do the same for your modem as well. If those simple fixes do not work, it’s time to head into the Nexus 7’s settings.

There, you’ll want to force your device to forget your Wi-Fi network. Simply press down on the desired network and a white menu will pop up. At the top, you’ll see an option that says Forget network. Select that and then reenter your password to connect again. If that doesn’t work, try changing the frequency. To do that, click the vertical dots in the top right corner to bring up the Advanced menu. Go to Wi-Fi frequency band and play around with the settings. It should be set to Automatic by default.

If none of those fix your Wi-Fi problems, we recommend updating your applications. If apps aren’t causing the problem it’s probably worth trying another router to see if it’s your other hardware causing the issue. Older routers misbehave more than others. If none of that works, it’s worth performing a factory reset, something we outlined above.

How to Fix Android 5.0.2 Bluetooth Problems

We aren’t seeing or hearing any complaints about Bluetooth just yet but Bluetooth is always a pain point after major Android updates so we’re expecting Nexus 7 2012 users to run into issues down the road. They always do.

If you are dealing with Bluetooth issues after switching to Android 5.0.2, try switching the feature off and on. This is a simple fix but it’s worked for some Nexus users in the past. You’ll also want to try clearing the cache on Bluetooth Share. To do this, head into Settings -> Apps -> Scroll over to All -> Select Bluetooth Share -> Clear Cache. After doing this, power down your phone or tablet and boot back up.

You can also try to Clear Data from the same screen. This is going to cause your Nexus to forget your Bluetooth devices so if you’re going to have problems setting the phone or tablet up with your favorite speaker or your car, you’ll need to be aware of that.

If none of the aforementioned fixes work, you’ll also want to try booting into Safe Mode. To do this, follow Google’s instructions:

Booting into safe mode will disable third-party applications which will allow you to isolate them as potential troublemakers. It’s not a guaranteed fix but Safe Mode has worked for many Nexus users in the past.

How to Fix Android 5.0.2 Performance Problems

We’ve been getting good feedback about the performance found on Android 5.0.2 Lollipop but that doesn’t mean that some Nexus 7 2012 users won’t find trouble. We always seen performance problems pop up after an update and we’re confident that we’ll start hearing complaints once this software reaches more people. 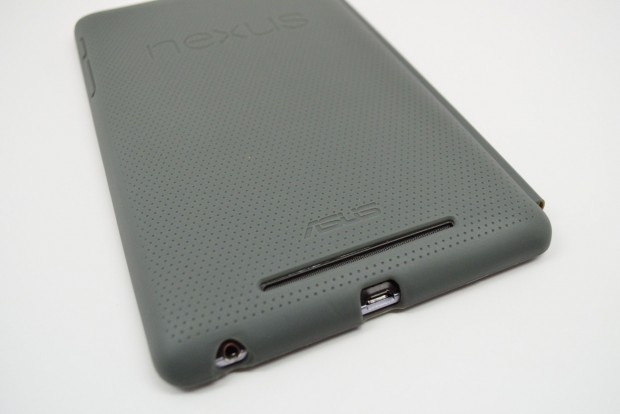 There is one fix in particular that we think could have an enormous impact on your Nexus 7 2012’s performance and that’s the fix we’ll outline here. Here’s how to potentially fix performance issues impacting your tablet:

It’s worth a try if you’re seeing crashes, lag or general instability after the Android 5.0.2 Lollipop update. If this fix doesn’t work, we suggest digging a bit more. And if you can find anything that works, it might be time to perform a factory reset. Factory resets are a pain but they work wonders for older devices like the Nexus 7 2012.

If you’re experiencing issues with applications after the Nexus 7 Android 5.0.2 Lollipop update, there are a few things you can try.

First, try updating the app that’s causing problems. If it comes with support for Android 5.0 Lollipop or its recently been updated with bug fixes and enhancements, there’s a good chance that the update will restore its performance to what it was prior to getting Lollipop on board. You can also try reinstalling the application. This might seem simple but its worked for us in the past. 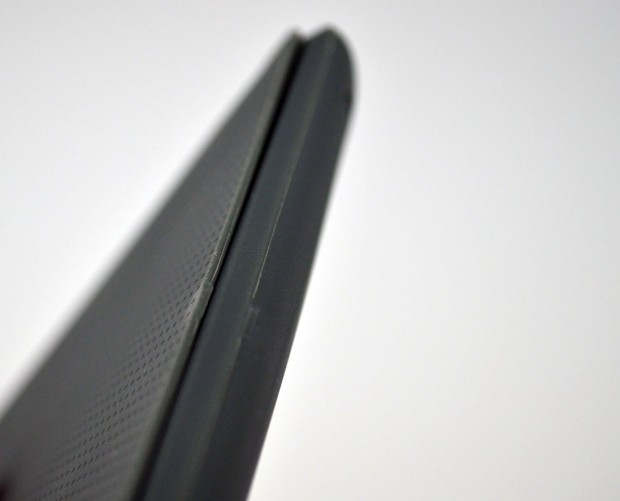 If you continue to run into issues with apps after installing Android 5.0 Lollipop, we highly recommend getting in touch with the developer. Most Android developers encourage feedback. And while they may not engage you immediately, there’s a good chance that your report will prompt a fix for the issue at some point down the road.

How to Fix Android 5.0.1 Problems If Nothing Else Works

If none of these potential fixes work, we suggest looking at a few different things. First, we recommend heading to Google’s Nexus Help Forum. There are a ton of knowledgeable people on Google’s forums that will gladly help if you run into problems. Sometimes, unorthodox fixes will work where common fixes fail. We also recommend taking a look at Android Central’s forums, one of our favorite Android-centric forums. 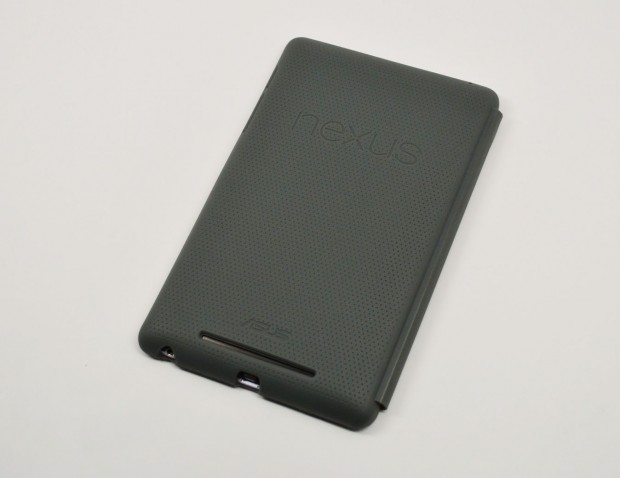 If you’re still unable to find a fix for your Android 5.0.2 problem, we suggest getting in touch with Google itself. Often times, the company will provide possible fixes when contacted directly. Depending on the severity of the problem, you might also be able to get the company to send you a refurbished device. Warranties and customer service agents are going to be tricky to navigate but it’s worth a shot if you’re seeing a huge decline after getting Android 5.0.2 Lollipop on board.