The Cowon D3 Plenue is an Android 2.1-powered music player that looks like a phone, but eschews the phone radio to be a portable music player. With a touchscreen, smartphone OS, and a number of high-end features, the device will compete in the same market as Apple’s iPod Touch and Samsung’s Galaxy Player. 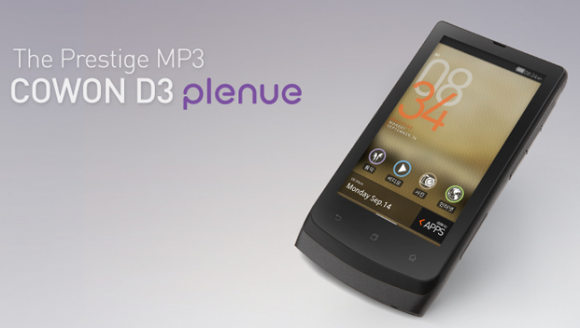 The device has a 3.7-inch AMOLED touchscreen, Bluetooth, WiFi, and HDMI output. Android SPIN is reporting that there is also a T-DMB TV tuner for those who want to watch television.

Unfortunately, though, the device only runs Android 2.1, which won’t include Adobe Flash 10.1 support as that feature requires at least Android 2.2 Froyo. The interface is said to be heavily skinned and there is no Android Market to purchase and download applications, though Cowon may be delivering its own apps soon.