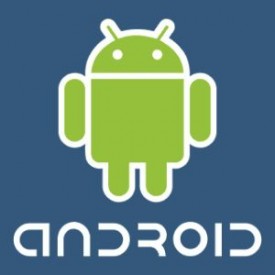 Reports from tablet manufacturers wishing to implement Google’s tablet-optimized version of the Android operating system, also known as Honeycomb, indicate that Google may have minimum requirements to create the optimal tablet user experience. According to Phandroid, those requirements may include a dual-core processor and a screen resolution of 1280 X 720, making the tablet display a 720p HD screen.

While these requirements may mean that current devices, such as the 7-inch Galaxy Tab from Samsung, may not be upgradeable to Android Honeycomb, it could also indicate that Google may have lower-spec tablets, which won’t require ample horsepower, and higher-spec tablets that will be competitive against the iPad.

In terms of the dual-core CPU requirements, it has been previously rumored that NVIDIA’s Tegra 2 CPU was the reference design for Google’s Honeycomb efforts.

At this point, it is unclear what the number scheme will be for Honeycomb. It was previously believed that Honeycomb would take on the Android 3.0 version number, but recent speculations indicate that Honeycomb may bear the 2.4 version. Google, at this time, is at Gingerbread, a 2.3 Android build. Honeycomb will be the first version of Android that will be built for tablets as Google has stated that current versions of Android are not tablet-ready and would not come with a tablet user experience. For that reason, tablet makers such as Samsung and Notion Ink have re-tooled basic apps, such as those for calendars and email, to come with multiple panes to create a desktop-like user experience rather than resemble a large touchscreen phone.

Motorola is set to be among the first to debut an Android Honeycomb and more details about the tablet-ready version of Android will come with a CES announcement of the company’s Xoom tablet.